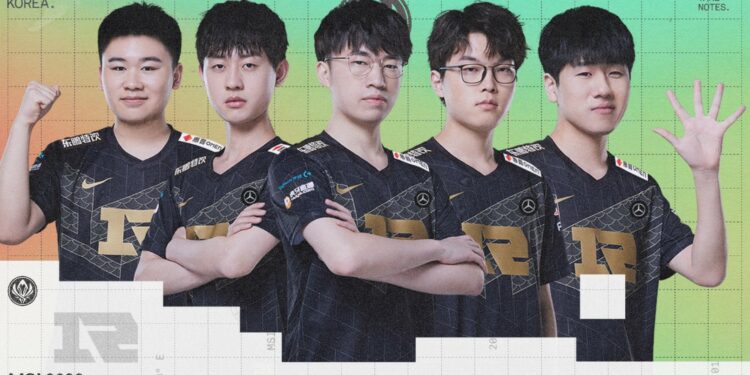 RNG and T1 took quite different approaches to the tournament finals, with the LPL champion destroying the opposition with a flawless group stage and leading all teams in rumble wins just by competing remotely from China. Meanwhile, T1 topped their group but lost 3 matches against Evil Geniuses, RNG, and G2 Esports, prompting some fans to doubt their unstoppable win streak

The first two games were incredibly even. RNG displayed their amazing fighting skills in Game 1, and Bin’s outstanding play of Gwen propelled him to the lead.

However, in the second game, Faker was able to start an insane team fight in the Baron cave with Lissandra and created opportunities for Gumayusi to finish off the opponents and tie the game to 1-1.

The third game went on an unexpected path, with T1 being lost so easily because they allowed Wei’s Viego to progress too rapidly and eventually being out of control.

T1 then immediately realized and did not allow their opponent to snowball the game any longer; paired with strong map awareness, they progressively choked and knocked down RNG in Game 4.

Royal Never Give Up is currently the only team in the world with three MSI titles, and the second team in League history to win back-to-back MSI titles.