New champion “Akshan” and Sentinels of Light are finally coming 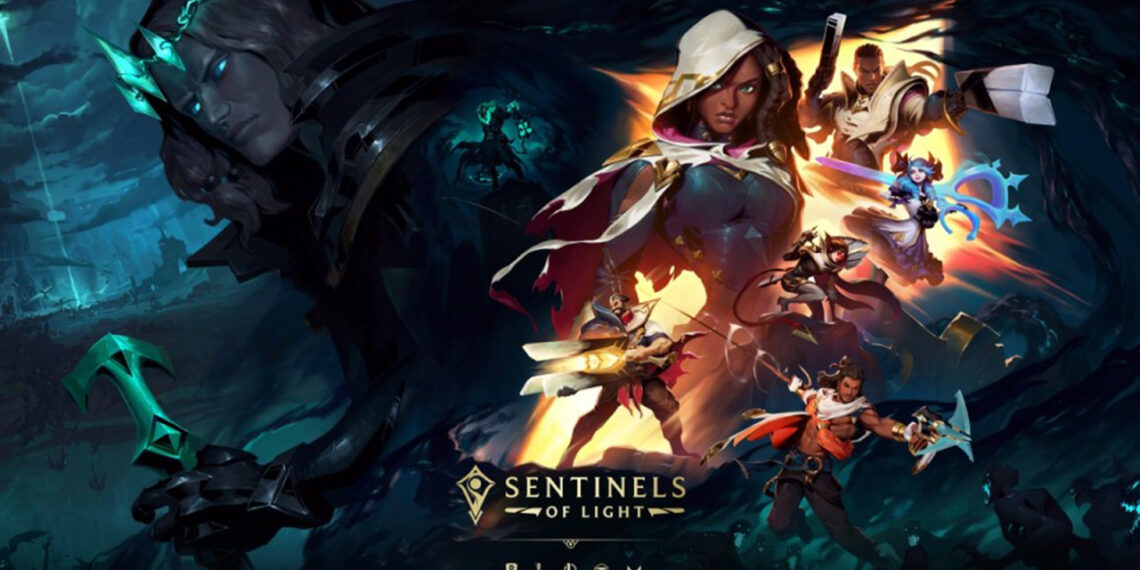 The most enormous event of League of Legends has finally come to light, besides the revelation of our new champion – Akshan.

Additionally, official images of this upcoming event have also been posted and we have collected a lot of information about some new updates from Riot, including the new marksman: Akshan.

In the latest splash-art of Sentinels of Light, there are 8 champions divided into two sides: Viego and Thresh (Ruination) against Senna, Lucian, Gwen, Graves, Vayne, and Akshan (Sentinels of Light).

Furthermore, in this image, we can easily recognize some fascinating details, such as:

Graves and Vayne came with new appearance, so they are probably getting Sentinels of Light skins

These skins will apparently not relate to any individual skin series. Instead, they will be based on LoL’s timeline (like Cutthroat Graves telling the story about the time when Graves was in Bilgewater). In this event, they probably joined the Sentinels for some mysterious reasons.

Akshan has been officially introduced

Our solo-lane marksman with his special weapon leaked a month ago has finally appeared. This time he comes with his completed appearance and according to the community, Akshan plays an extremely important role in the Sentinels. Besides, his weapon was said to have been transmitted from a former member.

“Sentinels of Light” event is coming to live servers on July 7th and ending on August 10th. This will be the outset of the Ruination event series. As stated by Riot’s plan, Ruination will last for 3 months and after the debut of Sentinels of Light will be the coming of the owner of Yuumi – a grouchy female Yordle called “Norra“.