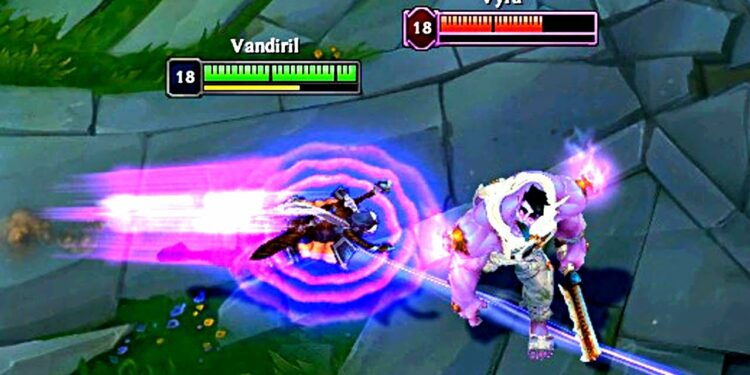 Recently, Riot has revealed the full details of the new Dr. Mundo skins and skills on the PBE servers for players to try ad test out the champ before they can officially release him on the live server.

But even though Mundo hasn’t been released yet, players immediately found a serious Bug that involved this champ’s Passive.

Dr. Mundo resists the next immobilizing effects that hits him instead losing current health and dropping a chemical cannister nearby. He can pick it up by walking over it restoring a portion of maximum health and reducing this passive’s cooldown.

Enemies moving over the cannister destroy it. He also has increased health regeneration based on his maximum health.

Though this is not the case for Shen E. Basically, For WHATEVER reason Shen E taunt doesn’t seem to work properly against Mundo Passive. The video was posted on Youtube under the account named “Vandiril” and later the Bug then was shared on multiples social media sites, especially on Reddit.

Even though Shen E is used over and over again but Mundo seems to can’t be taunted and can’t drop his chemical cannister Passive. And right after Shen uses another CC beside his E (Everfrost), Mundo Passive works properly and then Shen can finally taunt him. Other CC seem to be fine, but seems like there is some issue here?

It can’t be stated that there are only Shen E involving the Bug, Mundo is still in development and still hasn’t been officially released yet so expect that there will be more Bug related to the champion.