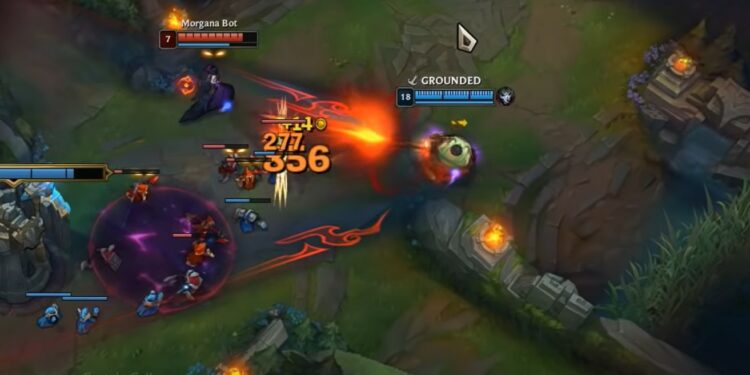 As League players have already known, Reworked Tahm Kench is now on the PBE for tests and soon will be launched to the official server in patch 11.13. However, during his time on the PBE server, players have discovered numerous of game-breaking Bugs concerning of Tahm Kench new R.

Basically, Tahm Kench new skill set is based on the swap between his W and R – Abyssal Voyage and Devourer:

Devoured allies units can be taken along for the ride (but can always hop out early).

Tahm Kench devours a champion for a few seconds. He can re-cast to spit them out.

Vandiril, a content Youtuber, posted on his channel about the discovery of this huge Bug. More specifically, after using R – Devourer on an ally champion and immediately use W – Abyssal Voyage, the ally can still freely use his skills and items. And of course, if you’re in Tahm Kench’s belly, you take no aggro and receive no damage, meaning that the channeling of a specific skill won’t be interrupted!

Take Jhin’ R, Karthus’ R and Nunu’ R for example above, while channeling or using their R, Tahm Kench can move around, meaning their R also move along too.

Imagine if Nunu could move when using his R, or Jhin could change R direction continuously when shooting, or even Karthus can ult in the middle of a team fight without being canceled. Interestingly enough, this bug also makes Mordekaiser invisible when he enters his realm.

It is however unclear whether or not this bug was recently added because of Tahm Kench new skill set, or is this actually a feature that Riot Games intentionally add to the champion. Nevertheless, this “feature” is extremely OP and can devastate opponent team easily so it is only a matter of time for Riot to put their hands on this “feature”.