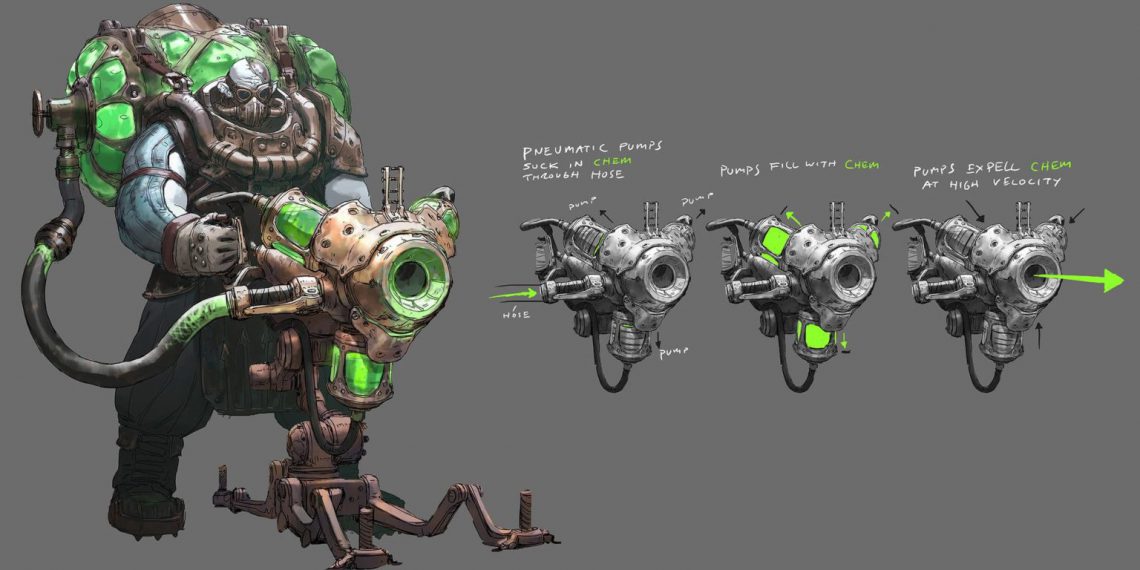 Riot Games seem going to have a lot of new champions this year. Sett is not even released yet, but they already have leaked information about another champion is Par’Xiz, and now a new Zaun Champion.

As many players know about Riot’s style of releasing their coming events, projects, as well as changes in League of Legends. They do it differently every time. The media communication team really knows how to hype-up the players.

Recently, Riot Games had a lot of activities to celebrate the 2020 Season. Not only did the cinematic “Cinematic Warriors” come out, but game designers also shared a lot on social media about changing their gameplay style or Runeterra – where the League of Legends reigns.

Immediately, players discovered the “suspicious” behind the video shared on Riot Games’ official Youtube channel. People discovered two of the frames behind Jeremy Lee and Greg Street are images of a completely new “creature” as well as unusual weapons.

Gamers can easily recognize this is a “mechanical” champion, with its arms extending from the back. The design is someone similar to Blitzcrank or Urgot.

However, it has a chemical green color. Therefore, this could be a Zaun champion like Urgot, Warwick or Singed.

Many believe that this is the yordle version of Doctor Octopus from the famous Spider-Man series.

However, there are also ideas that this may be just a concept of a champion being canceled. It could also be a champion fan art that Riot Games wanted to have them on their office wall.

But Since the weapon and concept is already there, why don’t they keep working on it? Maybe there are more interesting champions coming into the Summoners’ Rift?

NOTE: There is still no official announcement about this champion from Riot Games. This new champion theory is a League players’ theory.

Do you know about the concept art project behind Greg Street in the video?

Do you think they will a new Zaun Champion? If so, let us know in the comment below!