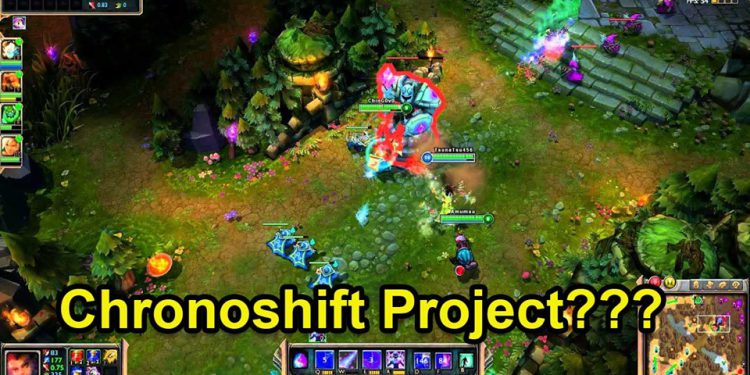 Chronoshift Project – Chronoshift is a recently announced community project and is attracting the attention of a lot of gamers. It is known that this is a fan-made project, not owned and intervened by Riot Games, performed by a group of League of Legends gamers with the purpose of recreating the old versions of the game.

True to its name, Chronoshift (named after Zilean’s ultimate) will allow gamers to “turn back time” back to the past decade, experience the earliest versions of League of Legends, with a special cartoon graphics platform requisition. And even things that seem to have disappeared forever, such as remake champions, old Summoner’s Rift maps, and horrible imba item builds that are now forgotten, will be completely recreated.

The first version expected to be released will be the League of Legends version for 2010, ie before the first World Championship held (2011). In the future, the project development team will go into rebuilding the “less old” versions, with plans to expand to the 2014 season versions. According to the project development team, Chronoshift has completed the session. The first and current versions are running on test servers, including:

– 14 old summoner spells have been removed.

– Old Summoner’s Rift map (with both winter and fall versions).

It is known that the project development team has been operating for a few years, but up to now, Chronoshift has just begun to develop, so it has been announced.

Some comments are concerned that Riot Games may interfere with this project, as it relates to the ownership of the game’s copyright. However, more optimists think this is a very interesting idea, and Riot will most likely intervene, but in a more positive way, it is buying the operating team, paying them to have Can continue to develop this game mod.

Anyway, if Chronoshift is officially launched, this will be an extremely interesting experience for the gaming community of League of Legends. Long-time players will have the opportunity to return to their younger days with the early versions, but many unforgettable memories of the game, while new players will know about a very different League of Legends. Where there have been extremely strange things