Pantheon will be the next champion to receive Ashen Knight skin? 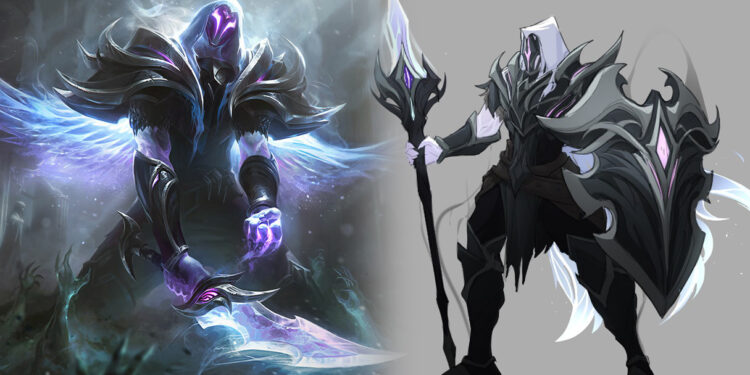 As part of the new currency Mythic Essence released in season 12, throughout the year, seasonal Mythic skins will be introduced, extending the Mythic category beyond Prestige, Hextech, and limited-time skins. As part of the new thematics, Riot revealed Pyke Ashen Knight skin, a brand-new Mythic skin line, and the skin is also the very first to adopt the new Mythic Essence.

For the time being, fans are loving the excellent Ashen Knight skins and how difficult they are to obtain. And it seems that the next one appears to be Ashen Knight Pantheon, and here is the first leak corroborating that theory.

BigBadBear, a well-known leaker recognized for many of his accurate leaks, has published a video on his Youtube channel claiming that the new Ashen Knight has been leaked.

The Ashen Knight skins have a distinct aesthetic and appear to be something people would be willing to pay for. They convey a futuristic look blended with old-school knights and a touch of the ashy look. All of this adds up to a really good skin line.

This fan art might easily pass for the actual thing. Should this be the next Ashen Knight skin. The intriguing thing about Pantheon is that it makes sense as he hasn’t had a good skin in a long time, and giving him something this ‘Mythical’ would be a real joy for Pantheon players.

According to the leaker, this skin will most likely be released with patch 12.12. This implies it won’t even be on the PBE until early June with 12.11.