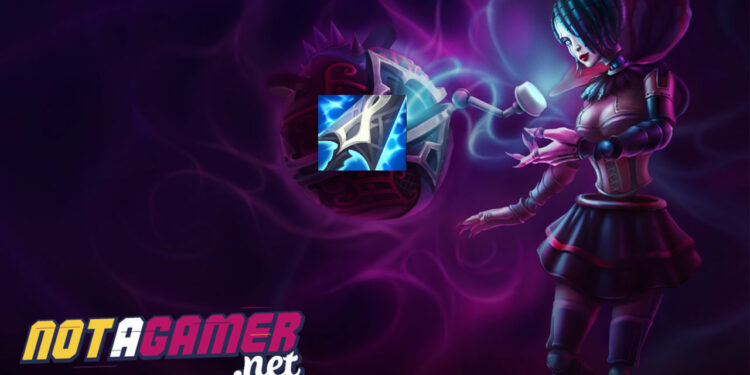 Pre Season 2021 brought to League of Legends several new play styles with many changes in items. And there are some builds which are considered as too powerful and need modification soon.

Changing Tear of Goddess into Starter Item comes along with nerfing Archangel’s Staff, this makes many Mid Laners worry about Mages like Orianna or Syndra will be lack Mana and be overcome by other classes of Champion. However, pro players quickly found out an alternative item – Muramana. Sound strange but it is really effective.

Muramana allows Champions to grant Charge by both Basic Attacks and Skills so that Mages can also upgrade to Manamune in a short time. Moreover, this item only costs 2600 Gold and also brings effective stats.

Especially, its passive Shock can be triggered on Basic Attacks and Abilities and deal tons of Bonus Physical Damage. Among all Mages, Orianna is considered as the most compatible with Muramana, besides, this item can also work well with Ryze and Syndra.

This broken item is being used widely by pro players in Korea, EU, and NA,… mostly on Orianna because she can make quality Basic Attacks while her Abilities is quite easy to aim and hit the enemy. Her combo can deal tons of damage not only from abilities but also from Passive of Muramana.

If your Laning Phase is hard and you meet an aggressive enemy, you should play safe and slowly charge Tear of Goddess before upgrade to Muramana, but if you meet a lower chance enemy, you should rush for Luden’s Tempest then go for Muramana and after that, nobody can stop you. In combat, you should stand back and cast abilities, you will deal tons of damage to your opponent team from a safe position.

Try to finish your target fast, and add at least one Basic Attack in order to deal more damage from the Shock Passive.

Recently, Gameplay Design Lead of League of Legends, Riot Scruffy announced that Muramana will be nerfed in the next patch 10.25. Particularly, only Physical Attacks can trigger its Passive, therefore, we recommend that players should try this build fast before patch 10.25 arrive.