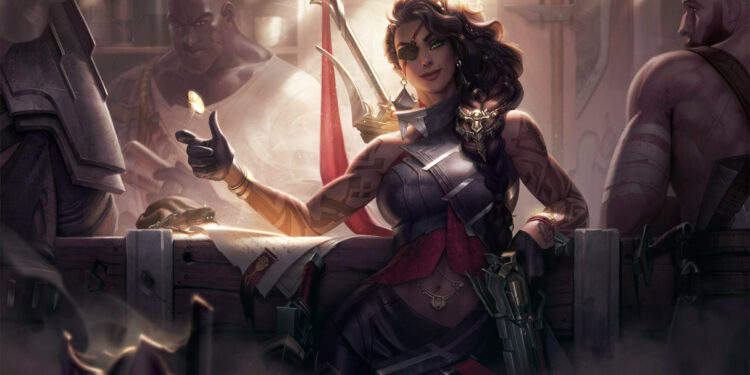 The League of Legends dev team has announced a huge list of improvements that will be included in Patch 11.24, the game’s first update after the preseason. In today’s Patch 11.24 preview, Riot demonstrated adjustments to many champions, runes, and jungle camps.

Champions to gain buffs in Patch 11.24 are Ivern, Samira, and Caitlyn. Ivern will gain extra experience and gold from the Krug camp, while Samira’s Ult will no longer have a Mana cost. Previously, Samira’s Inferno Trigger (R) was only free at rank three.

Aside from champions, players can expect to see improvements to two of the game’s most recent updates: the Hextech and Chemtech Drake. The damage amplified from killing the Chemtech Drake has been raised from 5% to 6% in Patch 11.24, while the extra Attack Speed and Haste offered by the Hextech Drake has also been enhanced from 5 to 6.

However, in prior to the mini buff, Chemtech Drake Soul has been nerfed to balance the potential of its early game.

Axiom Arc‘s ultimate ability cooldown refund has been lowered by 5%, Evenshroud’s damage boost has been reduced by 3%, and the Crown of the Shattered Queen’s ability power has been reduced by 10%. Since these items are still being tested by the player, the developers can adjust them so that they are in a good state.

The patch also includes changes to three runes: Conqueror, Lethal Tempo, and Glacial Augment. Conqueror’s duration and damage per stack will also be increased. The Attack Speed per stack of Lethal Tempo is set to decrease for melee champions while increasing for ranged champions. Glacial Augment’s slow duration is reduced from 35% to 30%, but the rune’s damage ratios are boosted up.

According to the game’s official patch schedule, the full patch for League of Legends will be published on December 8. It will also be the year 2021’s final patch.