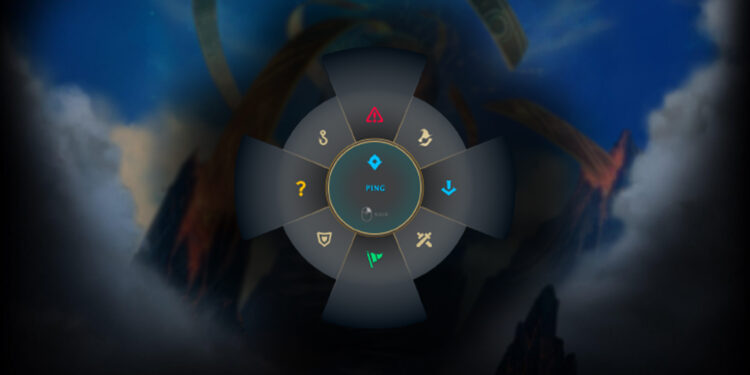 League of Legends Patch 12.22 included the majority of the preseason 13 changes, including a fresh new ping system. However, some League players are abusing one of the new pings to ‘intentionally’ curse their teammates.

Prior to Patch 12.22, the ping mechanism was pretty straightforward. There was a total of four new choices, with a fifth added to ping vision that wasn’t on the ping wheel.

As a result, players became creative with their pings. A new awareness of pings was developed beyond their fundamental meaning, allowing players to exploit these basic pings for a number of toxic acts.

New Bait ping has been exploited by toxic players

The new ping mechanism was designed to help players express their aims more effectively. Many people believe that these additional choices, as well as the ability to do things like votes on objectives, have substantially increased the level of communication with their teammates, but some disagree.

Basically, the new bait ping resembles a fish-hook icon, meaning the player should bait the opponents into a fight or something. However, some players have been using it as a means of a rope, to tell other players to “hang themselves “.

humzh is one popular LoL streamer who has shown the ping being utilized in this manner, and the rest of his squad in a solo queue game noticed how he and other players were manipulating the ping.

humzh himself described the Bait ping as the “only good thing that came from this preseason”. Riot’s new modifications to chat limitation means that players are now more limited or outright banned for toxicity than ever before.

It was just an issue of time until players discovered new ways to curse their teammates without getting bans.