LPL Player Forgot to Bring Smite When Going to Jungle 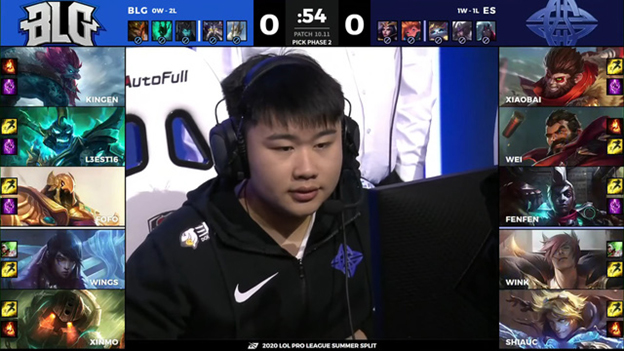 Even though you’re top star of the world, you can’t avoid making mistakes that make you feel shy when you remind yourself of them.

Even Faker also have mistake when purchasing, or Score sometimes have Smite miss but the mistake that forgetting Smite like eStar’s Wei is…speechless

In detail, in group stage of LPL 2020 Summer, the match of eStar and Bilibili Gaming, 17-year-old Jungle of ES had a mistake when forgetting changing spell from Ignite into Smite in the first match and eStar started the match without a Jungle.

Despite not using Smite but to Graves who is quite good at farm, Wei still remains relatively balance compared with 13est16 of Bilibili. eStar even takes advantage of control ability to get 2 Cloud Drakes when BLG doesn’t have any signal of move to the half down of the map.

However, everyone knows inside out the importance of Smite. The other positions can be flexible in choosing spells, but it’s compulsory for Jungle to use Smite to control the target

The consequence of forgetting using Smite made eStar be passive in getting the target, it was Baron in detailed, and when the match went to its end, the condition was out of control when Bilibili easily got the target and snowball the match.

The result of this Bo3 match made this team be more regretful when they became so strong in match 2 but then they failed with 1-2 score.

Look at the first match’s state, many people assure that if Wei didn’t forget Smite, ES might have many chances to win, when even Greves with ignite possessed the farm much more enemies’ jungle.