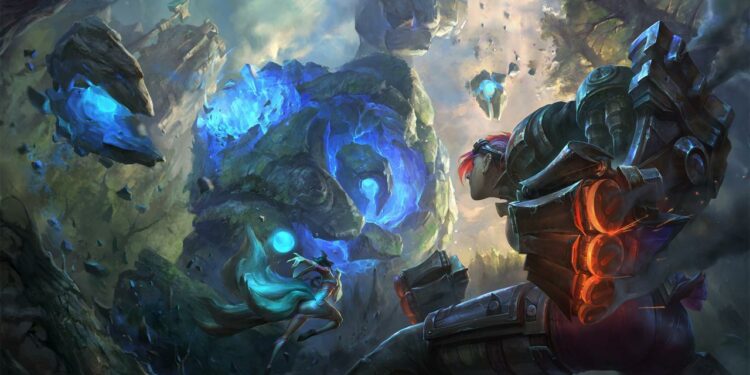 The final Pre-Season 2021 has arrived, check them out before they hit PBE.

A few hours ago, Mark Yetter posted a Twitter Post confirming the upcoming changes for Jungle in Pre-Season 2021.

All The Changes for Pre-Season 2021

To be more specific:

All camps have 20 MR and AR that scales with level. Health adjusted accordingly to hit a middle ground of durability.

Camps with unique aspects have been better visualized.

Camp move speed increased to reduce the power of kiting:

Conclusion – The End Of Mutation Jungler in Pre-Season 2021?

Because the mana that the scuttle provided now has been removed and transferred to Grump. This might give Tanky Jungle Champions which is fairly weak to Bruiser Jungler Champions such as Nidalee, Graves, Lee Sin, Kha’Zix, etc in the early game. In order to create a snow-ball situation, asides from stealing their buff (especially Blue Buff), these invaders also need to steal to Grump to officially make them stay behind. This will open an opportunity for the weaker team to create a counter-gank situation, giving back the glorious era of Tanky Champions.

No more Kaisa, Yasuo, or Taliyah?

Now all the camp move speed all has been increased, all not-designed-for-jungle champions are all affected heavily. Before Pre-Season 2021, the problem of Jungle in League of Legends is that: if you play well enough, you could basically bring any champions into the Jungle. As these jungle camps don’t have that great Movement Speed, kiting has become a popular method for anyone who wants to bring a hidden strategy into the game.

This would also guarantee some champions should find their way back to the original lane they were designed for. Such as Taliyah, even though she was intended to be a Mage, recently her mid-lane chosen percentage is even lower than her existence in the Jungle. These examples are also true for Karthus.

Nidalee and Graves can also be somehow affected. As these champions even though they are fairly strong in the early game, they still rely on hit-and-run trick to clear all the camps as soon as possible in order to invade.

We are super excited for all the adjustment of Pre-Season 2021, this should make the game’s pace much slower as Tanky Champion should be in the better position, and Mid-Lane champions won’t be able to roam that well anymore.