Preseason strategies: Some Builds You Should Try With New Items 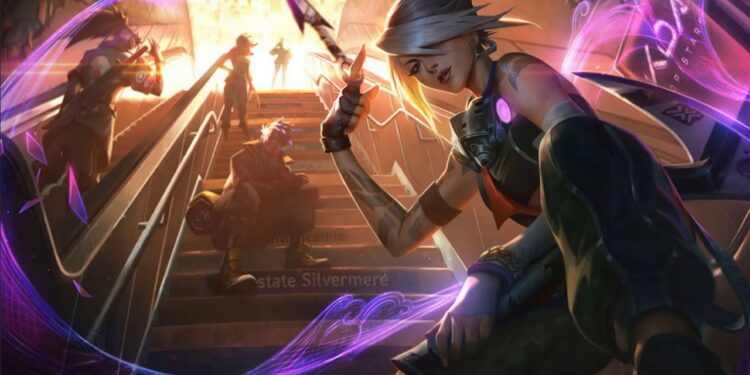 Preseason 2021 has arrived! How do you feel about the new shop and items? Let us know.

Akali has come out quite strong from all these changes. Presence of Mind was technically nerfing for her by lowering the energy cost at later stages. Also, these new items work splendidly for her. First, let’s talk about runes. For rune to be running Conquer, Presence of Mind, Legends: Tenacity Last stand and Taste of blood and Ravenous Hunter. Like before the high amount of adaptive force and sustain this load up provides is very very strong.

Fizz is also starts strongly this season with some new items. Night Harvester is now an AP item, so it’s time to talk about some other assassin mythic. Your item of choice for Fizz is going to be nice. This season, Protobel proved to be a powerful wave clearing tool, but it isn’t as effective this time around. It also now grant a rush of movement speed but you actually prefer Harvester for Fizz if speed is what you seek. The reasoning is pretty simple. If you think about how big is typically plays his fights is land shark, jumps in, goes for a kill and tries to get out. Would you rather have movement speed before you jump in or would you rather have it after ? With the long engage range of physical damage, it’s simple conclude you would prefer to have the movement speed after work Protobel is typically used to start a Chase or follow up on a chase not when you’re trying to escape. On top of this Harvester is a great item for attempting to pick up multi kills without slippery Fizz. It’s quite reasonable to assume that at some point during a fight, you’ll manage to hit all of his five enemies.

For Draven, we should run Conqueror or Press the attack, followed up by Over heal, Legend bloodline, Cut down, Manaflow band and Celerity. The reason you need Manaflow band is to ensure that you don’t unfortunately run out of mana. You’ll be spamming W a lot. Insularity works well with his W as well. For your Mythic item, you want to go for an Immortal Shieldbow. This item is great for Draven. It  can help himClutch it out and fight his way through dire situations. Life has been moved to this item in wallet, provides an immense Shield. It also provides a burst of 15% extra lifesteal for 8 seconds, when you fall low on health. All other items gain bonus attack damage and he little bit of bonus help as well making this a great survivability option for Marksman players.

Janna also becomes powerful. She is one of the most prominent enchanters right now because of how vital she disengages perusing to be. Running Summoner Airy, Manaflow band Transcendence, Gathering storm, Eyeball collection and Relentless Hunter. Now for items, we got a bunch of new ones that Janna can make it an excellent use of. The imperial mandate is a powerful Mythic item for Janna as she has plenty of crowd control to work with. Tagging enemies with your slow or knocking them up with a tornado will mark them, allow your allies to deal bonus damage. For items, you’ll build Imperial mandates, Ionia boots of Lucidity, Ardent censer Redemption, Staff of flowing water and Mikael’s crucible. While you can trade out various items as you see fit, Staff of flowing water seems to be an excellent purchase on enchanters. It provides a burst of movement speed for both the castor and the ally that is being supported.