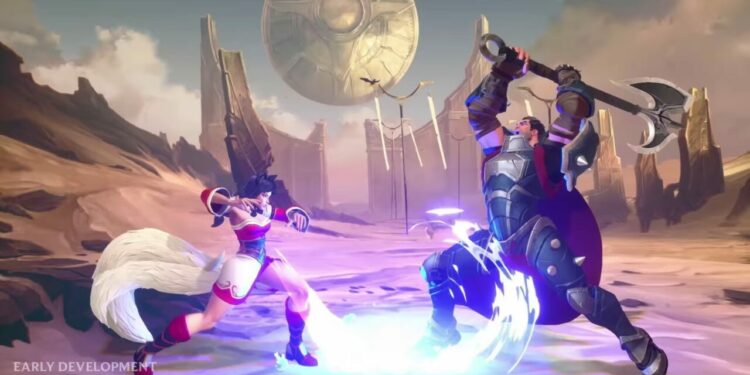 Project L was first announced at Riot Games’ 10th anniversary event. Since then, Riot has kept quiet about their upcoming project – until recently.

The History of Project L

Riot announced three unnamed games after their 2019 launch. Project A, Project F, and Project L were the games in question. Later on, Project A became an FPS game that we all know today as Valorant; Project F is an RPG game which is still under development and Project L is Riot’s take on a more fighting game that is soon to be played test.

Last month, on March 2021, Riot Games sent out emails to people in the greater Los Angeles area in hoping players will participate in an in-person playtests of the game. In that email, contains a survey in which has various questions concerning of the fighting game.

“We will be running in-person playtest sessions in the greater Los Angeles area, and think you might be a good fit to participate”. “The survey link is unique to you, so please do not share it with anyone else. As always, no screenshots or captures of the survey are allowed.”

Riot finally responded to a few of their respondents with playtesting dates after about a month of silence. They sent an email confirming that they would be playtesting from April 23 to April 25, for a total of 18 hours of Project L testing. All information was revealed through Youtuber The Skilled Roy.

Based on the short video of Project L gameplay, we can right away notice that the game pace is very similar to every 2D fighting games that we all have played on our consoles such as Street Fighter or Tekken.

It has a more animated and cartoony appearance than a practical one. The game is most likely designed to appeal to a wide range of audience. Each player has health bar like in a normal fighting game as well as what appear to be meter-bars that can be used to unleash more special attacks. In terms of League of Legends gameplay, we can assume that champion’s skill will appear as their special attacks. There are four meter-bars in all, and when they’re all complete, you’ll be able to use your ult.

Apart from all of that, it’s simply too early to make any other assumptions. Riot may also add several interesting Project L mechanics and turns. We’ll just have to watch to see what happens.