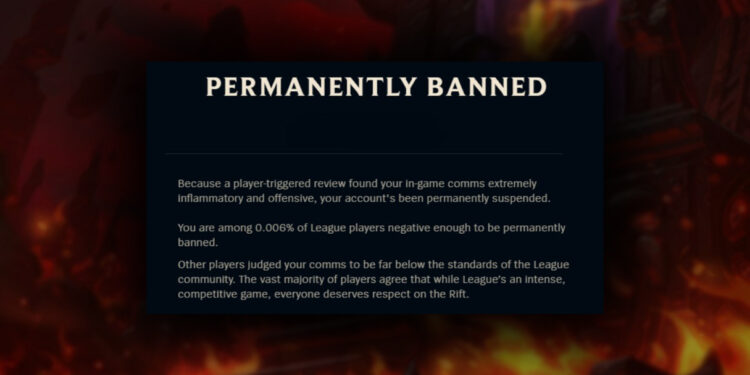 Riot has launched a new feature in League of Legends that penalizes swear words and cursing.

Swearing is pretty common in multiplayer games, especially in League of Legends, where the community is well-known for its toxicity. Although it is not always the case, as curse words could simply slip through the chats unintentionally. Unfortunately, Riot is coming up with a new punishment system that will leave players no longer swear under any circumstances.

A member of Riot’s player support staff has verified that League of Legends just received a punishment system upgrade. The feature is designed to “look for and punish” swearing in addition to what it was already capturing. To improve the program’s efficiency, any cursing will be punished, even whether it is self-referential or neutral.

“This is intended and the penalty is there to act as a warning for you to be more mindful of how you behave from now on. The warning may not be disputed. We’re only here to explain it, not remove it,”

League players were unexpectedly appreciative of the rather drastic system upgrade. Many people predicted that complications would develop, but that all would work out in the end. Others commented that there is no genuine need to swear, hence it is not a required contact.

However, several players did notice that they were given warnings for very harmless statements and comments. Another user, apparently annoyed by the censoring, suggested that chat be eliminated entirely.

Nonetheless, most League of Legends players saw it as a necessity upgrade to the punishment system since many toxic interactions persisted.