This is why Qiyana’s adjustments in patch 11.18 needs to be removed 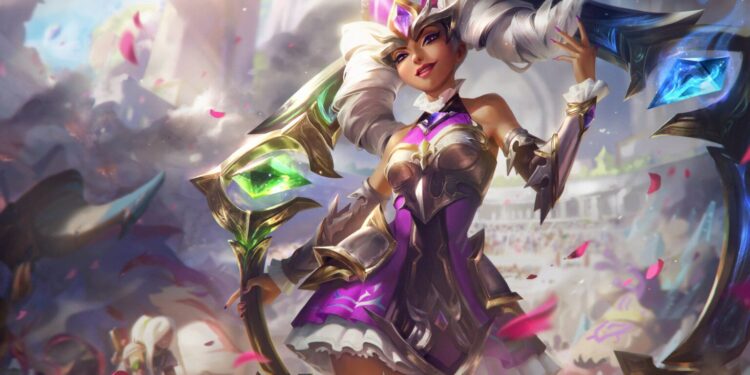 Qiyana, like many other assassin champions such as Zed or Talon are very popular in solo queue but not in competitive pro play due to the champion’s playstyle.

Her skill cap is one of the highest among assassins. She’s a very mechanical champion with a variety of combinations that necessitates ability buffering, animation canceling, auto-attack resetting, and careful placement, requiring high skillcap to master.

Yet recently, her win rate is decreasing very often. According to u.gg, her solo queue win rate has always been below 50%. And unfortunately, League of Legends patch 11.18 will decrease that even further.

Why the adjustment in patch 11.18 is such a nerf for Qiyana

The Riot balancing team is trying to enhance the jungling abilities of some champions, especially those who haven’t spent much time in the jungle and have never been in a professional tournament before, and Qiyana is no exception.

Apparently, Edge of Ixtal (Q) nerfs have taken a toll on her. Audacity’s base damage has been reduced by 10%, and it no longer uses the same buffer concept as Edge of Ixtal.

Additionally, the damage on Q against champions with dashes, blinks, or are out of vision is no longer guaranteed with this League of Legends patch 11.18 nerf.

Also, the worst part of this is her combo E+Q, Edge of Ixtal (Q) will now be required to be aimed at all times, and the animation winding up of E+Q lengthens her combo overall. Because more time is required for Q’s skill shot to land, weaving in auto-attacks, another important element of her combination, is likewise more challenging.

A Reddit user showed how difficult it is to pull off her combo now, because her Supreme Display of Talent ult, paradoxically, is a displacement that may lead you to totally miss Edge of Ixtal (Q).

Nonetheless, the overall result of this adjustment has put her into a very awkward situation where her combo doesn’t feel as it used to be anymore.