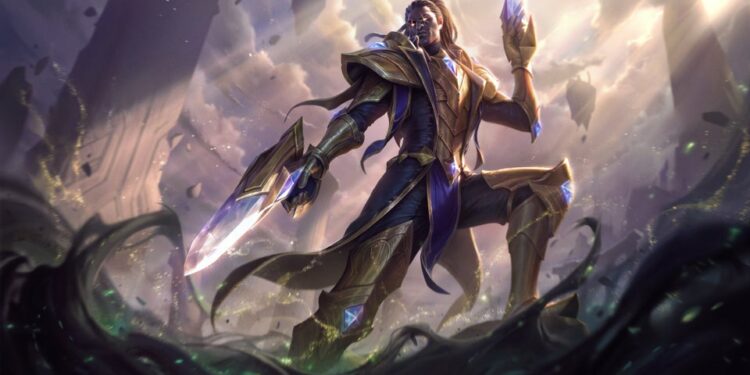 The League’s ranked awards for the 2020 season has been officially announced.

The official image of the Victorious Skin of the 2020 season was fully unveiled on the Taiwan League server, no longer the leaked pictures that made the community curious. As expected, this year’s Victorious Skin belongs to Lucian, one of the most influential champions in the professional League past time.

In addition to the release of Victorious Lucian, further noticeable information has also been revealed by the PCS community, which is that the 2020 ranked season is scheduled to end on 10 November, which means one month from now on.

Meanwhile, ranked rewards will be awarded within 2 weeks from the time indicated above. As we reported earlier this year, there will be some changes between the ranked rewards system compare to the previous seasons.

If players reach Gold, they will be eligible to receive Victorious Lucian skin and related rewards such as icons, emoticons… Meanwhile, players who hit or beyond Platinum rank are eligible for an additional chromas pack.

Only 1 month left, the League ranking season will officially close, right from now on, if players want to own the full set of Victorious rewards for the 2020 season, you should quickly improve the ranking since only if you reach Platinum IV or higher that you can get both Victorious skin and its chromas.