Best counters for Reworked Udyr in League of Legends 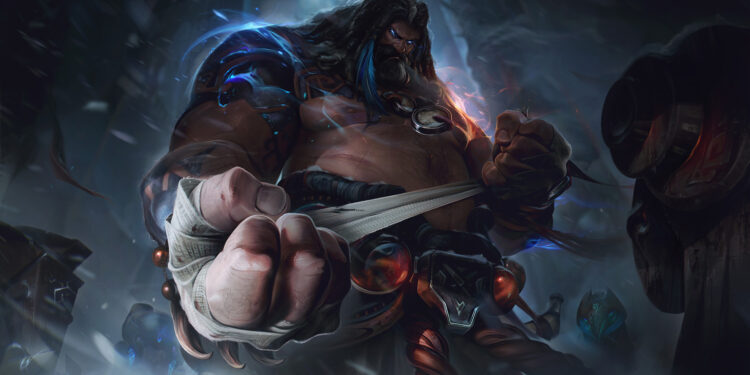 Udyr is the most recently reworked League of Legends champion, and the Spirit Walker is wreaking throughout Summoner’s Rift

Although Udyr plays similarly to his old version, with four stances to shift among as the major defining feature of his kit, players should be aware that the champion has a lot more to offer in his abilities.

With that in mind, the glaring contrast between the original Udyr and the reworked one may perplex players, particularly at this early point of the champion’s newly renovated existence.

Here are the best counters for the newly reworked Udyr (statistics from U.GG).

Kindred is a formidable jungling opposition to Udyr in both the early and late game. With her equally rapid clearing speed and immune ultimate, Kindred may be a pain in Udyr’s neck throughout the game.

Furthermore, the champion’s scaling potential via Mark of the Kindred (P) might be difficult for Udyr to keep up with in the late game, as his spike is usually in the middle phase.

Kindred also acts as a counter-pick to Udyr in the top lane. If your opponent’s Udyr gets drafted into the top lane, you may use your Kindred to harass the Spirit Walker with ranged auto-attacks and continuous exchanges.

Udyr is most defenseless when he is being pursued by a champion who can readily stick to him. Kayn can be a pain in the ass in both the jungle and the top lane, as his Shadow Step (E) and Reaping Slash (Q) serve as strong gap closers, while the rest of his kit is powerful in terms of damage.

In terms of 1vs1 situations, Blue Kayn, a stealthy assassin who can provide rapid bursts of damage, can have a little difficult with Udyr. Red Kayn, however, has no problem at all as his sustainability is far stronger than the Spirit Walker so makes sure to choose your form correctly when facing him.

Trundle is one of League’s most flexible junglers, since the champion will nearly always have a position in the meta due to his rapid clearing speed and great scaling potential.  He might also be the strongest one-on-one counter to Udyr in the current meta.

Trundle’s ultimate, Subjugate, is a devastating counter to Udyr, since it prevents the player from stacking Armor and Magic Resistance in late-game teamfights without being penalized.

When a Trundle player uses Subjugate on an opposing Udyr, it opens up a big opportunity for their allies to hit the normally tanky jungler.

Lillia’s clear speed is equal to Udyr’s, so you shouldn’t be concerned about falling behind in the early game. Lilia’s strength is her ability to outrun Udyr in terms of movement speed, kiting around him and inflicting constant damage in teamfights.

Lillia’s ultimate, Lilting Lullaby, may put an Udyr player to sleep on the front lines of a teamfight, rendering them a helpless victim that your team can easily wipe off the board.