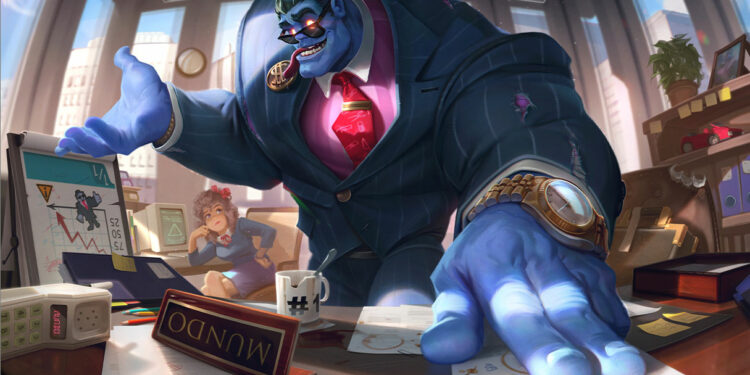 Riot Games designer Twin Enso, who was in charge of Sett and Mundo’s rework, said that Riot’s long-term objective is to make Mundo an unkillable late-game tank. These Mundo adjustments would aim to make him more powerful as the game progresses, as the late game is where he currently struggles the most.

Why does Riot want to make Mundo an unkillable tank?

Dr Mundo’s rework currently has a handful of issues. First, because to his dependency on basic stats, his highest success is shown in low-elo play only, with a win rate that surges higher than Riot had expected. His previous form was known for his ability to evolve into an unkillable tank that could rush into any team fights without having no damage taken.

Twin Enso stated in a Mundo-related Discord channel that Riot would ideally like Mundo to be able to be useful in the late game. Fans instantly took note, agreeing on the need for better scaling for Dr Mundo, even though others worried how these adjustments could make him too powerful at lower ranks. Mundo is now falling off late game owing to his inability to initiate team fights or having 0 crowd-control ability.

Riot appears to be intending to ultimately improve Dr Mundo’s gameplay in order to make him more equal to late-game champions like Nasus. These modifications will demonstrate crucial ways in which Riot will strive to make Mundo’s ‘fantasy’ more realistic as the game progresses.