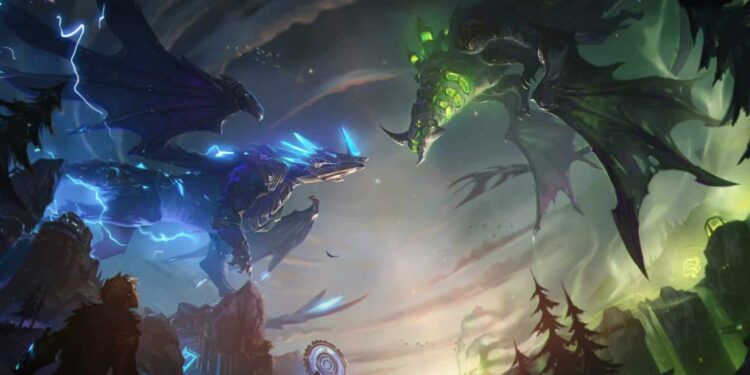 After a disappointing debut in the most recent preseason, the Chemtech Drake in League of Legends has been disabled.

The Chemtech Drake, as well as its related Dragon Soul and terrain, have been disabled on all of the game’s servers globally just two weeks into the 2022 ranked League of Legends season.

According to Riot, the new dragon has been “too frustrating to play with”. The dragon will be removed from the game, according to the developer. Riot has not stated when the Drake will be reintroduced to the game.

“When we introduced the Chemtech Drake, Soul, and Terrain in preseason, we shared our intent for it to have a higher impact on games than the original four elemental drakes,” the Summoner’s Rift team says in a dev blog post. “Over the past few months, we’ve heard your feedback across social media and surveys that, even with this goal in mind, the Chemtech addition has just been too frustrating to play with – especially if you’re on the losing team.”

Prior to the 2022 ranked season, the Chemtech Drake was introduced with the Hextech, bringing the total number of Dragons on Summoner’s Rift to six. Now, five drakes only will be available in future games. The Hextech Drake will stay in League while it’s brother receives a major overhaul.

It’s unknown whether the Chemtech Drake will return to League, but it won’t be playable in ranked games for the time being. Furthermore, competitive tournaments throughout the world can expect the elimination of the Drake to have an impact on on-stage games in the future.