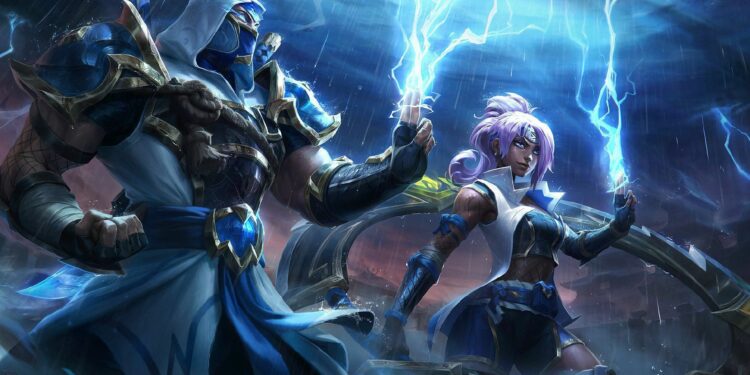 Riot Games is set to deliver an update to an existing skin line, Shockblade, for select favored champions in an upcoming patch update

Riot Games is expanding the game’s most “electric” skin range with new champions. Kassadin, Qiyana, and Shen are all joining the Shockblade skin line in a new PBE teaser. They are also finally releasing the long-awaited Firelight Ekko skin.

Previously, Zed, who was launched in 2012, was the only champion with a Shockblade skin. As a result, this might be Riot’s attempt to create another universe in which the series can exist.

In the game, the skins generally follow the same concept, with most of the blue energy coursing through them. Their basic and ultimate skills are accompanied by lightning bolts and ‘shocking’ sound effects.

The Shockblade skin line, according to some rumors, will be launched along with patch 12.4. The skins are presently being tested through the PBE, or public beta environment.

Along with the new skins, it appears that Riot Games will also release the Firelight Ekko skin. This skin was planned to be introduced with Season 12’s first patch. However, due to a variety of problems, it was significantly delayed. It appears like the devs are finally ready to deploy it in the next patch.

Lastly, Riot will also release a prestige version of Xayah’s Brave Phoenix skin, which will have the champion in a pink and gold design rather than the standard red and green found on the skin’s initial model. All of her skills have also received the luxury treatment, sporting a beautiful gold colour throughout the outfit.