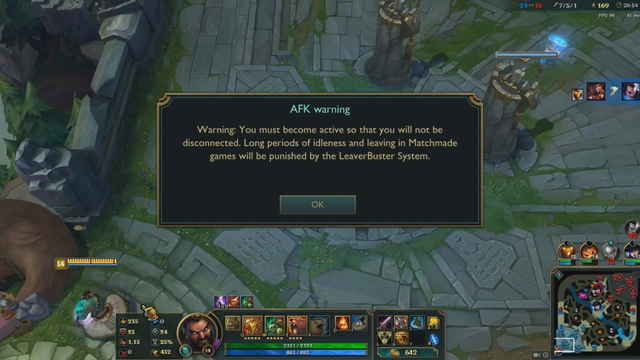 Riot Games’ behavioral system was once again harshly criticized by the League of Legends community.

At the end of April, Riot Games announced that the penalties for game-ruining behaviors in LoL are planned to be enhanced. Riot has also added a new penalty for AFK, which is to lock the queue for 14 days and deduct extra LP from rank. This level of punishment has been eagerly embraced by players since, at least, it will reduce the prevalence of AFK status.

However, a Reddit user, u/AzureHotS, just discovered the case of AFKing more than 100 games without being punished. After knowing about the instance, the LoL community slammed Riot and dubbed the behavioral system a “farce.”

There was a report around a month ago concerning a system designed to create “bot” accounts for AFK in ranking matches. The purpose of this program is to keep the rank level of such accounts at an exceedingly low level so that they may be sold to players who want to “smurf.” The above examples are most certainly “bot” accounts as well.

On the other hand, regardless of what the goal of AFK is, intentionally ruining the game is unacceptable. It is worth noting that Riot’s detective system is inefficient that allows numerous accounts to AFK for dozens, if not hundreds matches in a row. Riot Games is expected to take harsher penalties in order to decrease AFK status to the greatest extent possible.