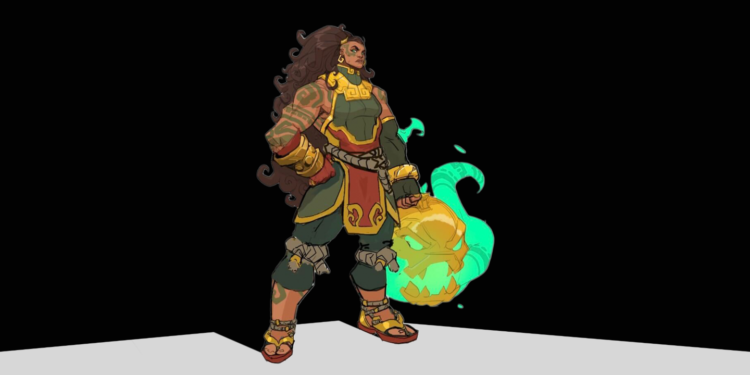 Riot Games has revealed Illaoi as a new fighter for Project L, their planned League of Legends fighting game

Project L was teased briefly during Riot’s League of Legends’ 10th-anniversary stream in October 2019. The game’s director, Tom Cannon, spoke about their goals and showed off some prototyped gameplay.

All of the game’s characters belong to distinct classes, bringing their traditional skills to a new type of game. The developers just released another fighter, reigniting interest in Project L.

According to a recent dev blog, the muscular Juggernaut, Illaoi, is making her way to Project L after playing an important role in the story of Ruined King. In League of Legends, Illaoi is a slow but tanky champion that will make an impact in Project L.

Illaoi’s look will stay mostly unchanged, according to assistant game director Shaun “UNCONKABLE!!!!” Rivera. The juggernaut isn’t the nimblest fighter on the roster, but she packs a powerful punch.

“Illaoi is a powerful and charismatic spiritual leader who inspires others to be their own unstoppable force. She turns heads and dominates a room with her physical presence and confident, purposeful swagger,”

Her enormous hitboxes and biceps will make her a punishing character, but players may find her difficult to navigate. The fighter will mostly shine brightest in close combat.

The developer is still tweaking the move set of the massive hard-hitter. The major focus is on the functioning of her tentacles, Nagakabouros, Illaoi’s god. According to the concept picture, the objective is to make her a danger at all ranges.

Project L is still in the works, and while Illaoi appears to be promising thus far, the devs will continue to refine her kit. Despite not being particularly popular in League of Legends, the champion will undoubtedly be an interesting addition to the fighting game.