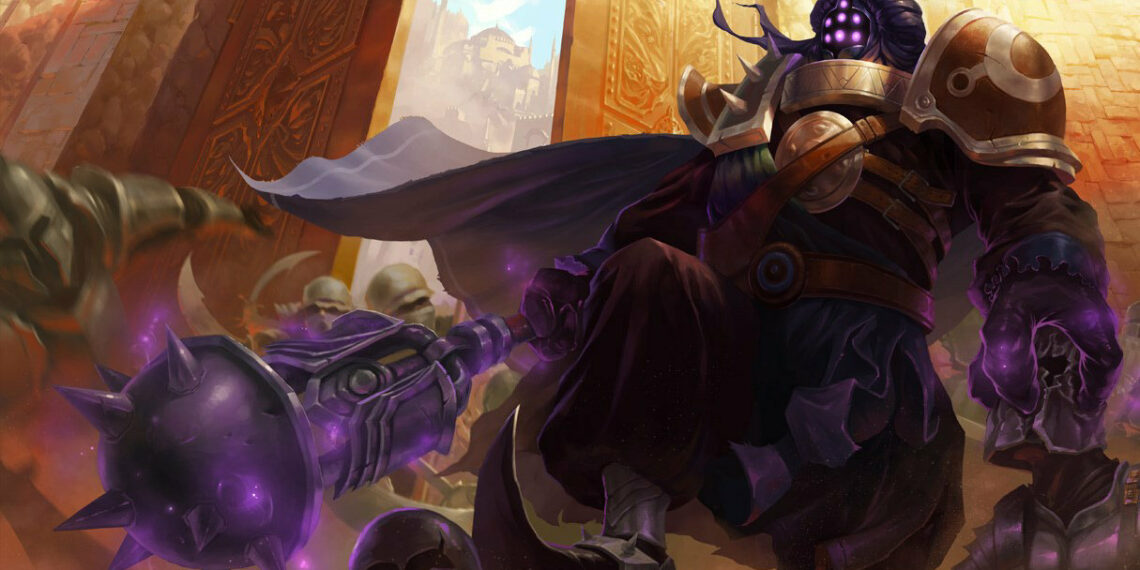 Jax mid-scope update’s gameplay was a huge success, his VFX, however, was the other way around

The mid-scope update to Jax in League of Legends did not meet the expectations of the fan base. Following the update’s release last week, Jax was instantly harmed when several of his skins were modified to lose some of their aesthetic and graphical features.

Jax’s aesthetics on some skins now fail to convey his strength, with the animations for his hard-hitting passive feeling slower than normal and his ultimate, Grandmaster’s Might, no longer having a VFX tied to its shield component.

On behalf of the dev team, lead champion designer August Browning acknowledged for mistakenly eliminating some of his visual effects and outlined what the team is working to rectify the matter. Jax will receive a handful of graphic improvements and animation tweaks in Patch 13.2 in an attempt to restore some of the champion’s power.

“This was partially due to some bugs that slipped in, but also because we straight up missed a few things. Sorry about that.”

Riot will be reverting accidental modifications to Jax’s animations in Patch 13.2, including a tweak that restores his ultimate’s shield animation and a fix that adjusts the timing behind his ult’s auto-attack SFX.

According to Riot, one problem caused certain noises to “not play at all,” but it has been resolved for Patch 13.2. Skins like Mecha Kingdoms, God Staff, and Nemesis Jax have received new visual effects that make him appears more menacing and should meet to his mid-scope updates fantasy.

While Jax may appear weaker in the current patch, there’s no doubt that the mid-scope update made him a much better champion with more dynamic builds overall. With the improvements on the table, it’s probable that in Patch 13.2, The Grandmaster at Arms will return to appearing a fearful toplaner.