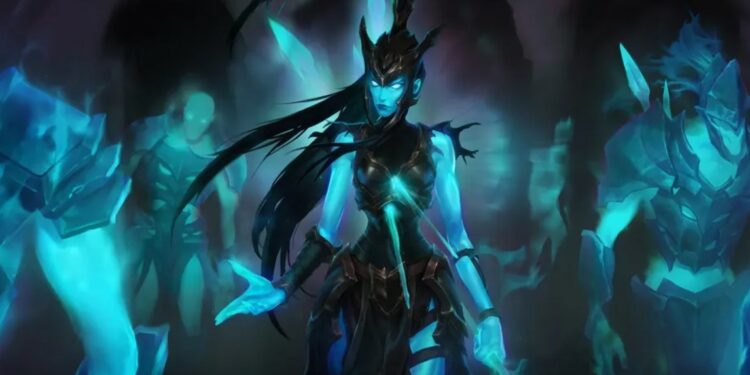 Mechanics is your ability to force a champion to perform what you desire. Essentially, with strong mechanics, you can have your champion do exactly what you want, when you want.

Things like knowing timings or jungle trails, or even discovering secret mechanics yourself, which in this instance is Kalista.

It’s been 8 years since Kalista debuted as a champion in League of Legends, yet experienced and veteran players are continually discovering new mechanics that can benefit during a bot lane fight or a large late-game teamfight.

Caedrel, a famous League content creator and former pro, disclosed a hidden Kalista mechanism to former TSM superstar AD carry Doublelift on a recent livestream when the two were watching a Champions Queue matchup with players like Knight, JackeyLove, 369, and Yagao.

The jungler claims that the champion may refresh her Rend ability while destroying a ward, allowing her free usage and a reset on the ability without killing a real unit.

His example came from a game in which a Kalista was chasing down a champion but was trailing behind him owing to movement speed differences. She did, however, have some spears left in him, so she performed this sneaky trick.

Normally, Kalista’s Rend ability refreshes whenever a unit, whether a minion, champion or jungle monster, is killed. In this case, though, Kalista auto-attacked a visible ward twice while jumping toward Karthus, then used her Rend as her final auto attack was going to kill the ward.

The secret mechanic then astounded the two players, and they learned that the ability is written so that if anything dies while Rend is being performed, it will reset its cooldown.

League of Legends is an old game, but with the variety of champions and countless of updates the devs are working on the game, mechanics are still something very new to every single player.