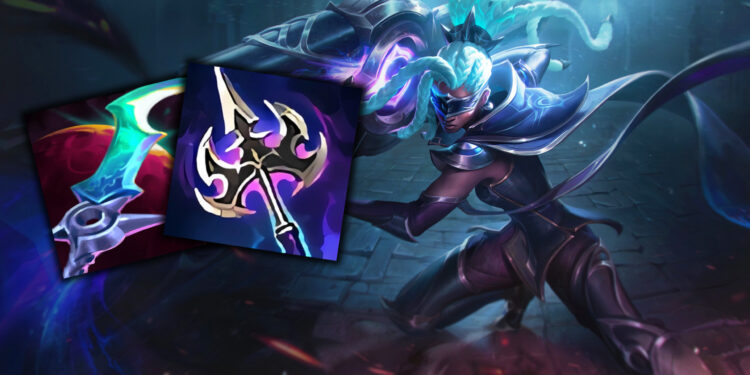 Apparently, Senna is pretty broken in the current meta

After MSI 2022, Riot Games chose to stir up the game with their massive Durability Updates in Patch 12.10, which featured an update that gave every champion greater defensive stats. Since the fights are longer, some scaling champions become overpowered, and Senna is one of them.

Senna has swung between the ADC and support positions as a support marksman with the ability to heal and has virtually always been a prominent pick of these metas since her debut. Despite receiving multiple nerfs over the last three years, she still has a strong player base and is growing in popularity.

Even after her base health and Passive damage nerfs in Patch 12.10b, Senna is still at the top of the support leaderboards with insane pick, ban and win rate, according to OP.GG. Though the champion has many counters, her ability to gather souls in late games gives her one of the best climbing choices for solo queue players.

Here’s the best way to build her.

Umbral Glaive: Senna’s pick rates have risen as a result of recent Umbral Glaive buffs. This item enables champions to detect and one-shot nearly all forms of wards and trinkets. It also gives the player a lot of lethality, providing Senna more strength in her already powerful late-game kit. This item should be her first priority.

Eclipse: Senna’s go-to Mythic item right now is Eclipse since the item synergizes well with Umbral Glaive in giving her lethality. The movement speed and shield it offers should ensure her to chase down enemies while also not be killed so easily.

Rapid Firecannon: Senna’s attack range increases exponentially with her passive when gathering souls. Players can pick up Rapid Firecannon as a third finished item because she already has enough damage, giving her increased range and attack speed should be more sufficient.

Boots can be picked depending on the situation: Boots of Swiftness are recommended most of the time

Fleet Footwork rewards her harassment and mobility with a burst of movement speed and a large heal, and it should be used frequently while in lane.

Presence of Mind will grant her some mana regeneration for poking in lane and some mana back for assisting in the defeat of opponents.

Biscuit Delivery, like Presence of Mind, provides Senna with another way to control her mana consumption. Using it will also slightly heal some of Senna’s health and increase her mana cap by 50 each.

Senna’s basic attacks slow down enemies, allowing her to quickly earn a soul stack for herself. Because of the enhanced movement speed near movement-impaired opponents, Approach Velocity will make stacking her passive much simpler.