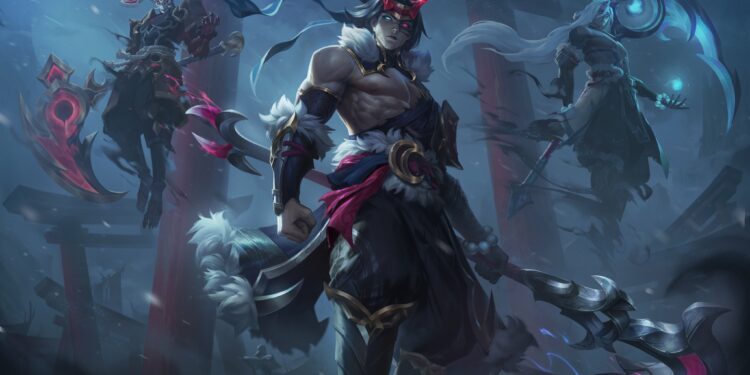 Riot has released several of excellent skins this year, with many more on the way. The Ocean Song skins are already available on the live servers with patch 12.11. And, Riot has also announced new skins coming for Patch 12.12.

Riot Games today announced Snow Moon, a stunning new skin set starring Illaoi, Caitlyn, and Kayn. This also indicates that Star Guardian 2022 skins will not be introduced in the upcoming patch, so fans will have to wait a bit longer.

The new Snow Moon skins will most likely be a new addition to the Blood Moon world, providing players the opportunity to play on a different side of the parallel universe with three new cosmetics. Each skin has a mild, relaxing bluish-white hue with blood moon red flecks, and their recall animations show them transitioning from a blood moon to a standard snow moon.

Kayn is probably the more unique champion with the new skin among the three Snow Moon champions as he can transform into different forms. Riot has offered players the option of transforming Kayn into one of two iterations: Blood Moon Rhaast or Snow Moon Kayn.

In his red form, the evil within takes possession of Kayn’s body in a horrific animation and is painted a crimson color. Then, in his blue form, Kayn is able to defeat the monster inside him which is reflected by his all-white outfit and frosted moon.

Each of the champion receiving the new skin line will be listed as Epic skins, which cost players a total of 1350RP to own one. Snow Moon Illaoi, Caitlyn, and Kayn skins will be available in League of Legends Patch 12.12, which is set to be released on June 23.