Streamer ML 4M Sub: Wild Rift is too complicated and confusing for players 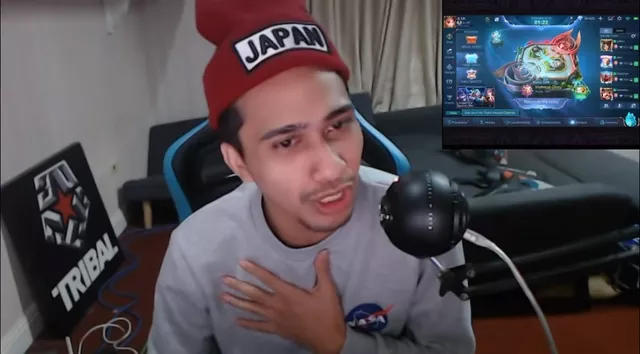 Akosi Dogie – one of the most influential Mobile Legends streamers in the world has shared about the League of Legends project: Wild Rift.

Streamer ML 4M Sub: Wild Rift too much to know, confused not knowing how to play

Riot has released the alpha test version of League of Legends: Wild Rift for a very few players.

Among these players, one streamer will be invited directly by Riot, the other will be emailed via an invitation code. These players mostly will be randomly selected from the registration at the time of the 10th anniversary of League of Legends in late 2019.

Because the number of players who register for League of Legends: Wild Rift experience from the end of 2019 to the world is very large, so Riot will only choose popular KOLs in the Philippines or Brazil to participate in the experience.

Akosi Dogie – the most famous Mobile Legends streamer in the Philippines and the world with over 4 million subscribe on Youtube has made preliminary assessments of League of Legends: Wild Rift.

It is known that he participated in the test game from June 6 – the time of opening Alpha test in 2 markets Brazil and Philippines.

Although a gamer who has a great influence on the world of Mobile Legends, quite a few people are surprised by the comments of the streamer, this popular Youtuber about the MOBA game project of Riot Games.

It can be seen that the system of buttons of League of Legends: Wild Rift is quite dense on the right. There are 11 buttons close to each other with the uses: normal attack, minions, push turrets, skills, 2 auxiliary spells and not to mention activated items. Too many buttons adjacent to each other will cause great difficulty for novices.

Not to mention that, LoL: Wild Rift has so many navigational skills and it will not be easy for gamers to master a champion, though extremely familiar in the PC version.

Currently, an undeniable fact is that many gamers around the world are looking for ways to have an early experience of League of Legends: Wild Rift. In the past few days, many gamers have posted Riot images has sent notifications to their accounts.

However, it is announced that gamers have successfully established an account of Riot Games, not an invitation from Riot Games to participate in the LoL: Wild Rift experience.

The attraction of this MOBA game is too big and it is enough to compete fairly with 2 giants: Arena of Valor and Mobile Legends Bang Bang. With strengths such as fast game time, free champions as well as the influence of LoL PC so strong, LoL: Wild Rift deserves to be an outstanding game.

The easy to play, more accessible has created a huge success of LoL compared to Dota 2 in the PC version. However, in the mobile version, though not yet launched, League of Legends: Wild Rift has been criticized compared to the direct competitor.