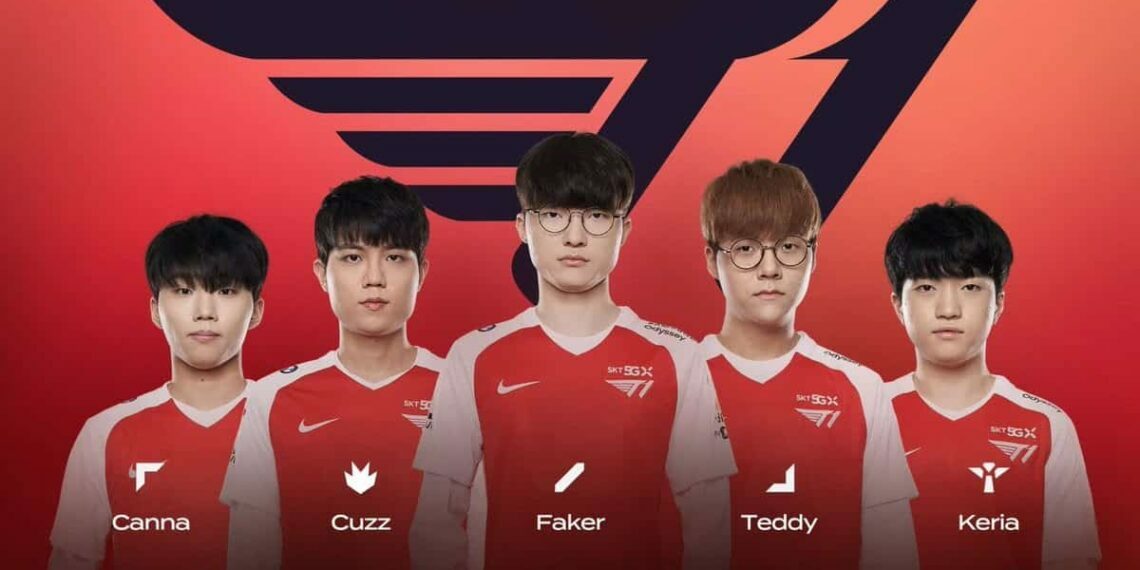 T1 has yet to announce any new signings, despite the fact that other LCK teams have practically finalized their rosters for the current season.

At the end of 2021, the player transfer market in the LCK is quite exciting, with a lot of changes. From top teams like Gen.G Esports to up-and-coming teams like Afreeca Freecs and Nongshim RedForce, the race for the players is ferocious.

Up to this point, many teams have announced their complete roster, which is notable as Gen.G or the team capable of competing in the top 4 of AF and NS. KT Rolsters also brought in potential signings such as Rascal, Cuzz, Aiming … And just missing the mid lane position.

Even the less significant team like Liiv SANDBOX or Fredit BRION have also introduced their roster for the new season when they have only 1 to 2 new contracts. T1, on the other hand, has made no attempt to recruit players.

T1 has lost a number of players over the years, including Teddy, Canna, Cuzz, Ellim, and even members of the T1 Challengers team like Berserker, Hoit, and Mireu… Say goodbye to the team as well. T1 didn’t even participate in the Kespa Cup, the LCK’s annual tournament, as a result of this.

With that being said, fans are likewise impatient and frequently express their thoughts on social media. CEO of T1, eventually, has to explain.

“Not difficult at all. Have to wait for LCK to approve contracts so we don’t get fined.”

T1’s CEO also denied that TheShy will be recruited to compete for the Top lane. T1 will most likely sign the contract with the 2004 Zeus talent in this position next season. Furthermore, with Faker, Oner, Gumayusi, and Keria, the framework that made the team reach the semi-finals of Worlds 2021 is thought to be stable, indicating that the 3rd time World Champion would be the team with the least amount of changes in LCK 2022.