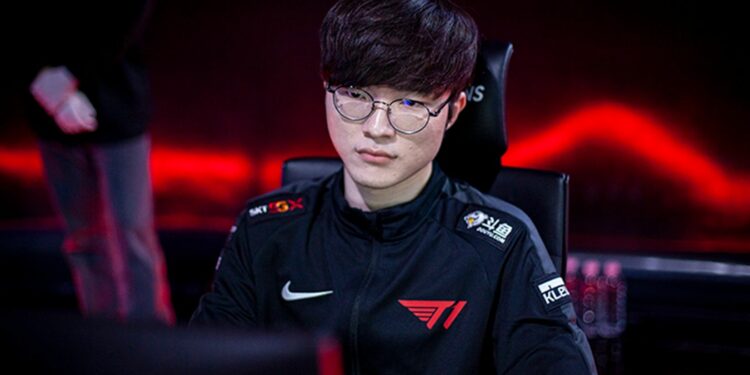 Despite the fact that Faker has been continually harassed and attacked by social networks, only with great pressure from fans that have T1 finally took official action on Faker incident.

Faker, T1’s Legendary Mid Laner, has recently become a victim for personal harassment and cyber-bullying on social networks. Due to his recent under-performances, he has been harassed numerous times, some of them get a bit too far. What needs to be said here is that some individual has used his stream session’s donate feature to do this:

The donation notification on his stream can be roughly translated to the following: “It’s funny to see you get demolished with mid Sett LOL, what would your grandma say?

According to T1, the organization confirms that “measures” including legal actions are under discussion to respond with these vitriols against “players, their family and the staff”.

The donation message was referring to the first-round playoff of T1’s LCK 2020 Summer Split, in which they loss against Afreeca Freecs. Faker was first expected to be bench for the series, but he got subbed in for the second match in which he won the dominant Twisted Fate performance. Unfortunately there was no surprise for T1 than for Faker as they struggled in Game 3 with the under-performance match from Sett in Faker’s hand, leading to an inevitable defeat.

The Korean gaming group was highly scandalised by the fact that T1 didn’t take action to protect its players from cyber bullying or personal attacks. Only when the criticism from the public intensely expanded did they report the incidents officially.