League of Legends: Taliyah and Swain are scheduled to be reworked 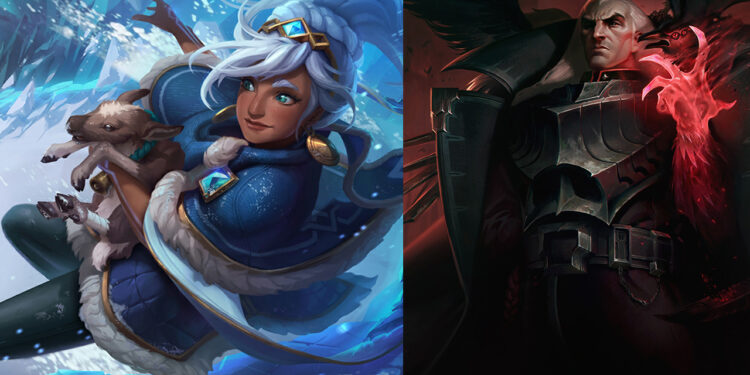 Taliyah and Swain are apparently going to receive a huge rework after a season suffering from being disgraced.

The formula of creating and developing a champion of Riot Games has never changed: OP new champion – nerfed – disappears – buffed – OP again – severely nerfed – disappears – reworked. Samira and Aphelios are the perfects example for this weird formula as their popularity fluctuate with every nerf or buff. Besides, the champions which cannot be balanced by updating patches will also be reworked. Taliyah and Swain are the two new names needing this “operation”.

About Taliyah, this “rocky” girl used to be dominating the Rift when she can do well in both mid, top, and bot lane. She once fell into disfavor because of useless power, and Riot then had to buff her immediately. The result was that she became a true monster and received a lot of changes after that. The worst calamity came at the pre-season 2021 when she was lessened seriously and disappeared from the Rift.

Observing her bad experiences, Riot Games have decided to jump into it. The game analyzer of Riot confirmed: “She would require some large-scale work which is difficult to find time for, but not out of the question”. The pick rate of Taliyah is currently too poor (about 1.06%). Some new players even do not know that there is a champion named “Taliyah” in LoL.

About Swain, his fate is not so bad as Taliyah’s. His win rate is definitely acceptable (48.87%), which means he still has influences on the match. However, his pick rate actually worries Riot, which is staying at 1.75%. According to these statistics, we can deduce that his high win rate is the result of low popularity. For example, you used Swain in 2 matches and you won all of them, so your win rate on Swain would be 100%! And the fact is that he is almost absent from pro leagues.

However, COVID-19 seems to continue for the next few months, and the Worlds 2021 is about to start, so the “new” Taliyah and Swain will probably come to live servers at the outset of 2022.