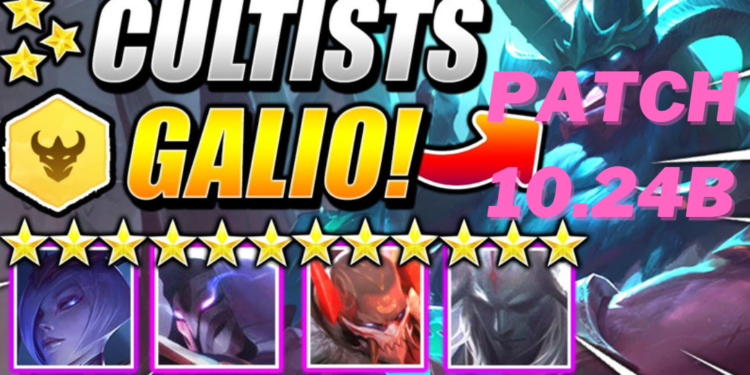 After being overly buffed in recent versions, Zed is the preferred unit to be nerfed in 10.24b Teamfight Tactics. He is considered as a very strong unit and does not have many countermeasures at the moment, especially compared to the power of 2 gold champions.

Riot Mort, the head of the Teamfight Tactics Design Department, recently shared on Twitter about the release of the 10.24b update. He said he received a lot of good feedback about this release. It is expected that the 10.24b update will be released on December 2 with a series of changes targeting overwhelmingly powerful units and traits.

As mentioned above, Zed will be nerfed. Along with that is Yone, this 5-money unit is proving to be too strong compared to the rest and can be put into any lineup. Besides that, Cultists, this Origin has been slightly nerfed in 10.24 but still shows quite effective. Therefore, Riot needs a little bit of adjustment.

Keepers are also in a similar situation. This lineup is considered to be too strong in the early and mid-game and is able to combine well with different champions. Some players also think that Jarvan IV should be nerfed with the Keeper, Riot Mort insists that this champion will also be adjusted, but not this time. in this patch, the only nerf to the 10.24b patch was Runaan’s Hurricane. Riot will continue to update the detailed changes.

We have seeing a lot of 3-star Zed jumping to the back, steal AD damage, deal additional magic damage from Shade innate. What a nightmare!

With this change, Riot hopes Zed will no longer be the easy-to-play 2-gold carry.

Runann’s Hurricane’s attack damage multiplier was reduced from 100 to 90 percent. It will effect to Divine Warwick Build, or Duelist Kalista with Rabadon’s Deathcap. Futhermore, the bug of triggering too many attack effect of Ashe will be removed in this patch by the change.

Running Cultist during various stages should still remain a solid option, but it will no longer guarantee an easy win streak. We can see more Twist Fate or Elise 3-star, rather than 9 weak Cultists boring game!

Because of the appearance of him in many team comps, he gains a nerf. It’s not very big change and maybe he still dominate late game due to his powerful skill set.