The secret behind why Hullbreaker is breaking LCK meta 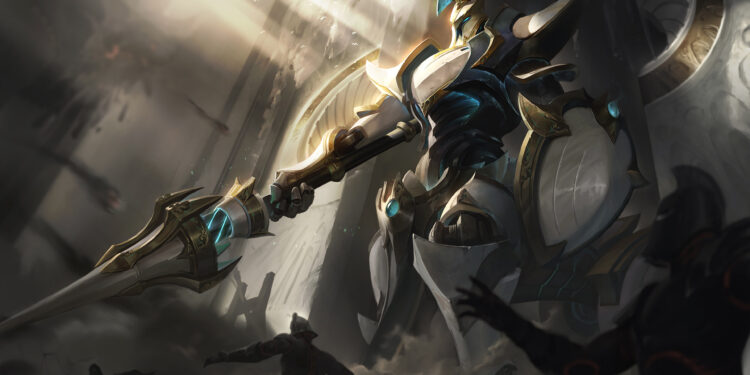 Hullbreaker has been taken over the meta of LCK matches, and even junglers are now building it as first item.

Hullbreaker is dominating the meta, especially at higher levels and pro play.

As we all know, earlier this week, on February 18, T1 completed their undefeated first phase with a 2-0 victory over KT Rolster. This is even a match that marks the milestone of Faker’s 1000 wins in the LCK tournament. With DWG KIA being defeated by DragonX on February 17, the gap between T1 and its rivals is getting bigger and bigger.

Although the score appeared to be overwhelming, T1 had to “sweat” in game 1 to overcome their opponent. The reason for this is that KT Rolster’s Jungler – Cuzz played incredibly well in the early game, giving this team a significant edge. T1 steadily reclaimed the position and won the ultimate win because to Keria’s superior performance in team fights.

The highlight of this battle was that, despite Rek’Sai was constantly staying in the Jungle and taking part in ganks, Cuzz’s first item of choice was the Hullbreaker – an item that benefited from split pushing. Even Zeus on T1, while being an extremely aggressive player and took part in team fights throughtout the game, also bought the Hullbreaker. Witnessing an item that specializes in split pushing but is so powerful that it is exploited to overwhelm a fight, analysts and experts are extremely dissatisfied with the current state of this item.

Many players will wonder why an item designed to split push is so influential at this point. The answer lies in the fact that the Hullbreaker already has a relatively high stat compared to other current Bruiser items. The Hullbreaker, in particular, grants 50 AD and 400 HP for just 2800 gold, which is far too much power for the champion that hold it compare to its relatively cheap price.

As we saw in the preceding match, neither Cuzz nor Zeus were concerned about split pushing or utilizing Hullbreaker’s passive. Instead, they were continually jumping into combats after combats, despite the fact that doing so would leave this item “useless.” The Hullbreaker just offers too impressive stats for a low cost, making Bruisers highly dominant in the early and mid game.

Of course, when an item is so badly abused, Riot will have to resolve it. The most obvious workaround would be to reduce its base stats and shift them to this item’s passive for split push. As a result, the Hullbreaker is no longer a highly powerful item in terms of pure stats, and its value in combats and team fights. Riot should fix the Hullbreaker in one of the upcoming patches.