Top 16 most attractive champions in the East and the West 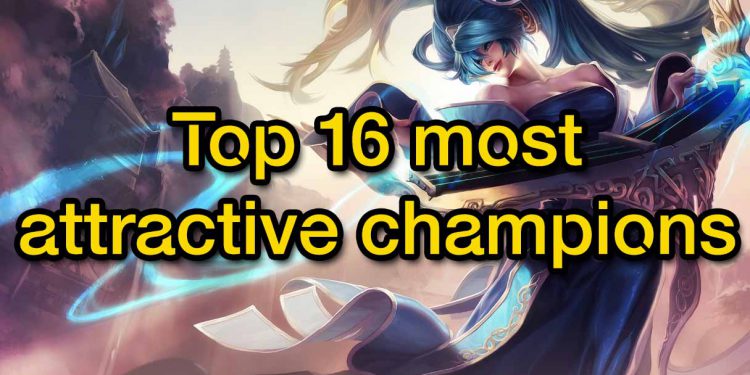 In the League of Legends survey, Riot Games shares some interesting summaries of the 16 most popular champions in appearance and the differences between East and West How big different.

Riot Games employee Blaustoise shared a summary of the top 16 most attractive champions in North America and China to compare the differences and trends of the two regions East and West.

Here are the results:

Accordingly, the champions with a favorite appearance in China are mostly old champions in human form, with the good-looking basic appearance and clear weapons.

In contrast, the group of 16 favourite champions in North America is more diverse with both new and old champions, more species, more categories. This also partly explains the recent skin design directions of Riot Games which also have a great influence on attracting the tastes of the Chinese market.

Another point worth mentioning is that Blaustoise also points out the disparate champions on both sides quite clearly. On the East, gamers are attracted to two main groups: Beautiful and handsome – with basic details such as blonde hair, beautiful face, hot or male appearance are an athletic, cool, cool boy or experienced. Meanwhile, in the West, the focus is on the diversity of race, species, skin colour, gender, type of weapon …

The champions have distinct ranks on both sides including:

Some other common points about the hot of the champions in 2 areas:

Of course, League of Legends gamers is also getting more and more clear that Riot Games designed the current skin to always study the style … China follows more swordplay movies than before. While there are still fun skins for April Fool’s Day or Christmas / Halloween, hopefully, Riot Games will find a way to satisfy the tastes of gamers in both regions.