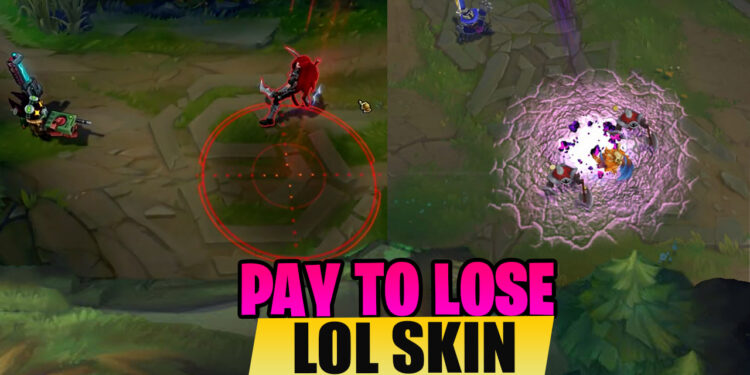 Teemo can be a great tilting champion for your opponents but if you have played it with this skin, you may tilt yourself. His auto-attack animations are much too clunky, can be far harder to farm in the lane, and when you are playing a snowball lane with a bully champion, you are supposed to create a lead in the early game (the way to do that is not to miss any CS). On top of that, his Q’s animation is way too obvious to differentiate both visually and audibly so champions with Shield or Parry Abilities can avoid it easily.

Again, a member from the Omega Squad, they can be expensive, but they will make you lose. As Veigar’s kit doesn’t have that much outplay potential, it is crucial for any Veigar players to land every single skill correctly, especially that nasty, annoying W. When using Omega Squad Veigar, you will hurt yourself with that beautiful visual comes out from Veigar’s W. Normally, on other Veigar’s skins, W’s outline hitbox is simply a vague border. In reverse, this skin shows your opponent exactly where is the final range of your W.

Even though these skins only affect Kog’Maw’s R and AP Kog’Maw is not a popular trend nowadays, still, in crucial, important team fights, a single shot of his Ultimate might save the entire match. On normal Kog’Maw skin, it is fairly hard to avoid his R even you are in a comfortable situation, not to mention crazy, chaotic team fights.

You know that one of the best way to counter Zed is to either Exhaust him right before fighting with him or before his R’s Passive Stack explodes right? In low ELO rank, players tend to choose the 1st way, as it is harder for players to time the end of the R’s Passive. The sad thing is, if you play Project Zed, this skin will give a specific animation that somehow will count itself down and bonus a special animation right before it dissapears, making you much easier to time your precious Exhaust.

Have you ever been killed by Sion’s W without even knowing that he actually can let it explode? For players that do not play Sion or don’t have a lot of matches playing against him, his W timing is quite a big problem for them. Sometimes they won’t know if they can burst his shield down to negate his W or just simply run away to avoid the blast. Well, Mecha Zero Sion can help you a little bit, when Sion can re-cast his W to create a blast, the blue bubble will turn yellow, telling you to head out real fast before death is by your side.

In the early laning phase, Urgot’s Passive is not quite strong because of the length of its cooldown. Of course, when you fight against Urgot, you will try to avoid his passive blast. High Noon Urgot’s Passive actually glow up when it is ready and then it will stop glowing when you use that side. Even your opponents can see the red arrows that are pointing out of your leg is available or not, making nimble enemies such as Fiora or Vayne enough visibility to simply avoid that your Passive Ready side.

It is not the end of our top tier list, we will update with a 2nd post as soon as we can. We can’t make this list possible without the help of Skin Spotlight, they are great channel and always present with the newest, up-to-date League of Legends skin, make sure to check them out.