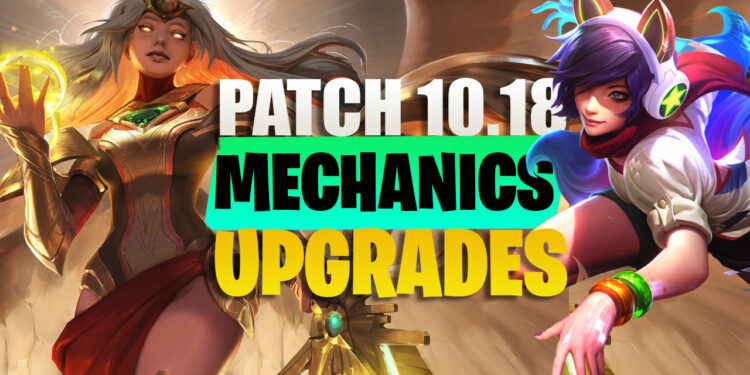 Mark Yetter, League of Legends Lead Gameplay Designer, recently posted on his Twitter feature some key goals and details on upcoming patch mechanic upgrades to PBE patch 10.18, particularly for Ahri and Kayle. Both should be very small buffs, but mainly focused on creating better gameplay.

To be honest, Ahri no longer needs safety in her playstyle, but having more damage to her W is an extremely good thing. Her W MS boost is going to be a humongous buff to help her protect herself better. An ability with no casting time while retaining such a low cd will be too strong to have an extra 40 percent ms boost that lasts about 1.5 seconds. Thankfully, her W will feel much better than actual ability, but more safety for kiting might be too much, only more damage to her W was intensely needed.

At least the passive heal change is perfect since it means she has to take risks if she wants to heal rather than just base on hitting her Q on minion waves for healing. Which is good, a kind of high-risk and high-reward ability type. However, the W change is not.

The W change needs to have even more damage done to it. Providing significant mobility to Ahri’s W when the other abilities have long CDs would only give her greater safety while fleeing bad positioning thus making her less reliant on her Ultimate for escape, when it should never mean so… Her ultimate will be her only escape option, allowing her more opportunities to escape, and also reducing her risk while playing, which is clearly bad, as part of her playstyle is that she should be the one who opens combats later on.

TL;DR: The W buff might make it too strong as an escape tool when it needs a real buff for W damage. That would undoubtedly mean that she will again get a nerf to her damage to remaining in her safety play style. This is relating to the Q ms error problem that existed. What she needs in fact is more damage, not more safety.

More active laning where trading with the enemy laner is a more available option over pure passive play.

Even before her rework, Kayle’s concept has long been some kind of top lane carry, who excels in passive playstyle in lane and grows immensely overtime. After the rework – which can be considered a success – since it still retains her safety playstyle and thus – provide her more power later on by created certain level caps at which – she became visibly stronger after reaching.

But as long as her signature playstyle remains still – her biggest problem didn’t get any help any better, either – Playing too passively in lane can take away too many of her team advantages, especially at early stages when fights and ganks occur a whole lot of the time. Without her pushing her lane effectively nor joining on these fights will eventually, causing big problems to her teammates. It will be very hard for her to fight against tower diving or ganking, and thus, getting snowball heavily. Struggles on early and mid-game will led to difficult matches where it is already too hard for her team to fight with her still trying to reach her power caps.

Upcoming changes will encourage her to have more actively played in lanes, especially in early trading and empower her possibilities to have a better laning phrase against any match up. No mana refund on Q will help us more likely to see Kayle maxing E a whole lot more, especially when this ability now has 0 mana cost and an incredibly missile speed of 5000. This will encourage her to trade in lane more often, while also lower her ability to stay in lane with a small nerfs in W mana cost.

Having her playing more actively will open more changes for ganks as well as teamfights early on while still retain her late-game power. Overall this is a pretty solid and good adjustment for her playstyle.

TL;DR: Kayle will now play more actively in lane, with more opportunities to trade and combat early on, and a little weaker when it comes to her ability to just staying in lane and play passively. Which is in general, good, since it helps her from being a one-way playstyle champion with no impact on the early stages of the game.