Riot Announces Upcoming Skins and Events in League of Legends 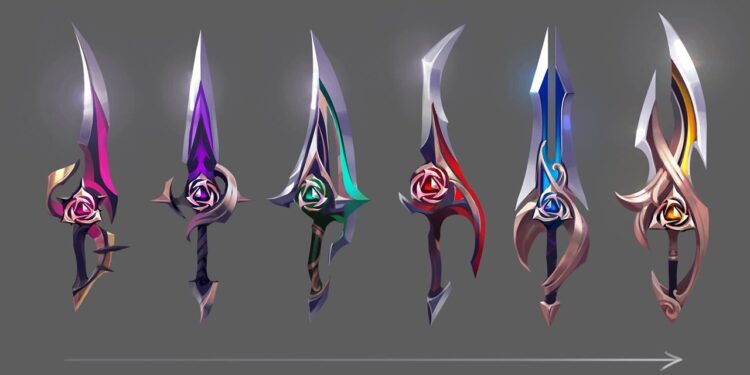 New Ultimate skin, bigger events and thematics are the highlight of this new State of Skins and Events.

At the start of 2020, Riot made a commitment to increase the number of skins released per year. In 2019, they shipped just under 100 skins. According to Riot Bellissimoh, the plan for 2020 is to release a limit of approximately 120+ League skins.

Since the pandemic has created some significant challenges on skin development as employees had to work from home, however, this might be an opportunity that it looks like Riot is going to be able to exceed its goal and hit close to 140 skins by the end of 2020.

Nevertheless, you can also expect to see more skins for higher play rate champions as Riot Games will be published on a regular basis, for example, Lee Sin is about to receive Legendary skin in the near future.

Based on the player’s response to themes like Mecha Kingdoms, Spirit Blossom, and PsyOps,… there are possibly more concepts like Spirit Blossom that would be early introduced by Riot.

Riot has already been touching on some of its yearly thematics, such as Championship. Over the years there has been a lot of love for Championship skins and they want to make sure they remain faithful to that identity while keeping the line looking fresh and exciting.

Riot Games will invest time and effort in processing, redesigning as well as releasing more Legendary skins with the best effects, both in animation efforts and things like VFX, SFX, and modeling. High Noon Senna’s horse is an example.

Significant factors or aspects are determined when any skin is created according to these questions:

Riot staff has pondering over and posed questions like: “What do we think is really important when it comes to Ultimate skins?”. And now, the response is, “Ultimate skins should make players feel like we’ve done something truly special.”

With these shares, Riot Games has announced that they are working on an Ultimate skin which will be released later this year.

In 2019, Riot received a lot of feedback about events, specifically that it felt like their quality had dropped over time. Therefore, Riot’s new goal for Events in 2020 was to make them feel more rewarding, novel, and memorable for everyone.

One of the things that will be promised this year was to include a game mode alongside every major event, with the latest game mode being One-For-All alongside PsyOps. Besides, Riot also created an out of game experience, Spirit Bonds, that allowed you to engage deeply with the narrative of your favorite champs. Briefly, Riot is attempting to raise the bar for what League events can be.

Over the years, items that can be traded for event tokens are getting more and more popular, therefore Riot Games is looking to make significant adjustments to how players can receive content from events next year. It also ensures that players can have more options to get skins during the 2021 events.