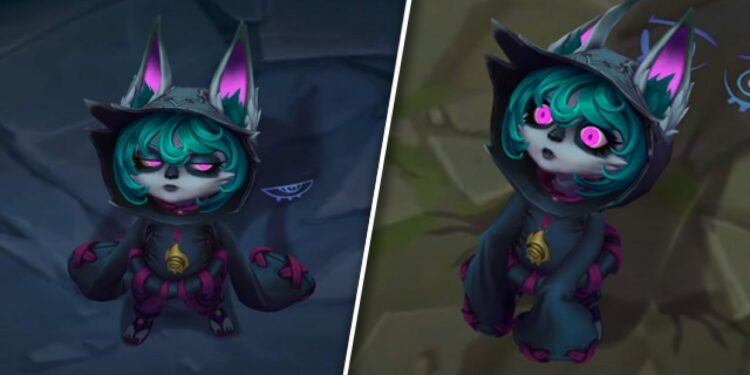 Vex the Gloomist, League of Legends’ 157th champion, has been revealed, along with her skills, ultimate, new skins, and her Season 11 release date, which is rapidly approaching.

At least for the first half of this year, Riot Games pledged that everything connected to League of Legends — events, champion releases, and updates — will be tied to a game-wide event called “Sentinels of Light.” So far, they’ve delivered on their promise, with new champions like Viego, Gwen, and Akshan starting in the Ruination story. The event has finally come to an end, and Vex, the last champion, has joined League.

Though Riot planned for her to be an artillery mage, her initial portal-placing, ability-warping kit was removed because to technological restrictions. Riot was able to focus more on integrating her new control mage powers with her character after ditching the kit.

Gloom: Whenever a nearby enemy dashes or blinks, they become marked with Gloom. Vex’s next basic attack against a marked enemy detonates the mark, dealing bonus damage and refunding part of Doom’s cooldown.

Vex launches a wave forward, dealing magic damage to enemies it passes through. After a short delay, the wave accelerates but has reduced width. Mistral Bolt detonates Gloom on any marked enemies it hits.

Vex launches a wave forward, dealing magic damage to enemies it passes through. After a short delay, the wave accelerates but has reduced width. Mistral Bolt detonates Gloom on any marked enemies it hits.

Shadow flies to a location, increasing in size as it travels. On arriving, Shadow deals magic damage, slows, and marks enemies hit with Gloom.

Shadow flies forward, marking and dealing magic damage to the first enemy champion hit. Vex can then recast this ability to have Shadow pull her to the marked target, dealing additional magic damage.

If the marked target dies within a short time of taking damage from Shadow Surge, Vex can cast Shadow Surge again within a few seconds.

When will she be released in the game?

Despite the fact that Vex was revealed on the eve of League of Legends patch 11.18, you’ll have to wait a few more weeks to be able to play her. On September 23, The Gloomist will be released alongside patch 11.19 for Summoner’s Rift.