Wild Rift is about to be available on console and handheld 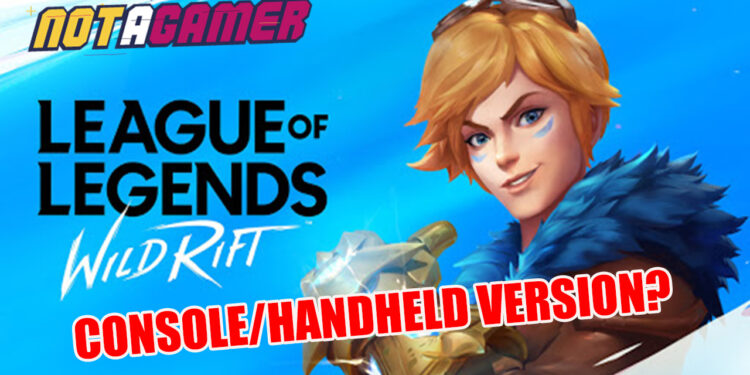 Lately, a Reddit user posted a picture showing that Riot is launching Closed Beta for Wild Rift on console and handheld.

As soon as League of Legends: Wild Rift was leaked, Riot Games shared about the development path of this game, and the information about whether or not this game could be played on console and handheld was also mentioned. Although the answer to that question was “yes”, after a year of worldwide Open Beta, those two systems had seemed to be forgotten.

Recently, Riot engineer Feral Pony has confirmed: “We are now trying to rocket our progress on console and handheld. As you guys have already known, COVID-19 has not completely ended yet, so that we are getting some serious problems…”. It can be seen that happily, Riot is still getting Wild Rift on those two systems done to bring it to their players as soon as possible.

Additionally, Riot Games will also adjust the control system to make it compatible with console and handheld instead of inductive screens on cellphones or tablets. However, when some players asked him about using consoles on the current Wild Rift mobile version, Feral Pony insisted: “Wild Rift mobile was not designed for console users, as it would make ranked or pro matches totally unfair. As a result, even if Wild Rift console and handheld is published, its mobile version will not be updated to make it available to those systems users”.

Let’s come back to our Wild Rift console/handheld version. According to Riot engineers, they all hope that the Open Beta of this game will come to us at the end of the year (about in October or November) for some regions such as NA and EU. They also confirmed that this new version of this game will be able to play on Playstation, Xbox, and Nintendo Switch.