Leak: Wild Rift will open the server for all gamers who experience the day without an invitation

Many gamers hope that Riot will open the server League of Legends: Wild Rift in one day for all players.

Wild Rift will open the server

LoL: Wild Rift has still been in the Alpha Test which lasts more than two weeks in Brazil and the Philippines. It is expected that this limited test will end on June 27, then depending on the decision and publication of Riot Games, new players know how the next step of LoL: Wild Rift will be.

Of course, there’s no controversy that gamers around the world would love to once experience the feeling that LoL: Wild Rift brings about. However, it is thought that the player can test LoL: Wild Rift and very quickly then Riot Games has released a message that will lock the entire account without invitations from Riot Games. And therefore, all suffer from losses.

As a result, the player’s gut fever for LoL: Wild Rift is a completely understandable thing. Recently, a Twitter account named LoL Wild Rift Brasil has posted a Tweet, which has said that Riot will likely open the server LoL: Wild Rift a day for all players, including those uninvited gamers, probably only for registered accounts in advance LoL : Wild Rift at Google Play Brasil.

Of course, this Tweet immediately got the interest of many Twitter users, especially the Gamers LoL: Wild Rift. Immediately, many gamers hoped that Riot would make this idea, which means they would open the server of LoL: Wild Rift a day before the end of the Alpha Test process on June 27 so that all players have the opportunity to experience this game.

Do You Know the Most Expensive Stuff That Faker Bought?

However, if reading this Tweet carefully, it is possible to see that, this is purely the idea of this Twitter account. In addition, this account is also not the official Twitter of LoL: Wild Rift in Brazil, so this is absolutely just the expectations of the players, which are posted as a way forward to the hopes that Riot Games will listen and it may come true.

So the player shouldn’t be too hopeful in this Tweet post because it’s not likely to happen. The purpose of the Alpha Test is that only a small number of gamers are allowed to access to experience, help Riot to spot the possible-to-have bugs of LoL: Wild Rift, the server itself during this period has also not been set up to be able to withstand a huge number of players globally to access. Thus, allowing all players to log in to LoL: Wild Rift in a day is almost impossible to happen.

After the Alpha Test limit lasts more than two weeks, the LoL: Wild Rift will step into the Closed Beta phase with minor adjustments and changes, and the random amount of gamers will also be larger.

After the Closed Beta, it will come to the Open Beta stage, this is the stage that Riot exams the “stamina” ability of the server when all gamers will have an opportunity to approach LoL: Wild Rift. And the last is the formal opening phase, after the Riot completely corrects the errors that can arise after the previous opening. 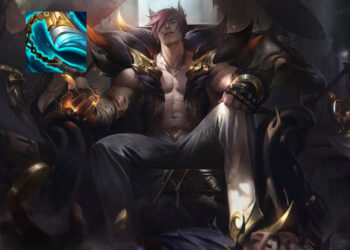