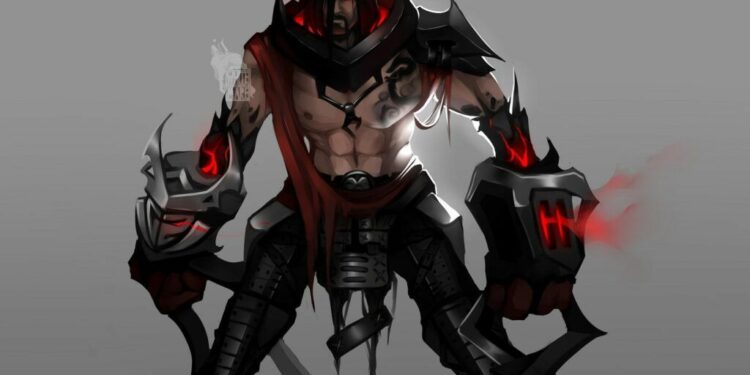 Just in case they actually win Worlds 2020 Championship. Which champion you think G2 Esports will choose?

Tomorrow, October 24th, G2 Esports will have to face an intense match-up in Worlds 2020 – LCK 1st seed DAMWON Gaming for a spot in the Finals. Despite DAMWON Gaming is considered one of the best competitors for the champion spot, G2 still show their confidence before a huge opponent.

G2 Esports posted a Twitter thread asking fans: “Which champ is going to look best in their G2 skin?”

One of the great shining faces is definitely Sylas. Sylas in the hands of Caps really shines in their games against Gen.G. If in the future G2 Esports actually wins the Worlds 2020 championship, it is most likely Caps will choose Sylas for his championship skin. Sylas is also in Caps’ choice that help he and his team won MSI 2019. They also received a G2 Sylas fan-art from White Mare, representing a warlike, blood-thirst side of Sylas with the G2’s logo on his right hand.

After that, we have top lane Shen for Wunder, also one of the best champions in the Worlds 2020 meta. By farming so well, even though Wunder has to play a tank champion, anyone who dares to play aggressive champions such as Fiora, Irelia, or Darius has to think twice or be extra careful to stop him from farming. Otherwise, his contribution to team fights will be more significant than them.

Jhin and Tahm Kench will be the duo in bot lane for Perkz and Mikyx. These are perfect duos for G2’s formation when combining long-range marksman and ultimate protection from Tahm Kench. Caps’ Sylas had evaded lots of death threats from Tahm Kench – Devour from Mikyx.

The last but not least, Jankos. With his playstyle mostly contributes to team fights and control, we are not sure which champions he will choose. As for the jungle meta in Worlds 2020 is pretty tight right now, there aren’t much options you can choose as a jungler.

Aside from performing their best, they also travel a lot recently, enjoying China’s sceneries.