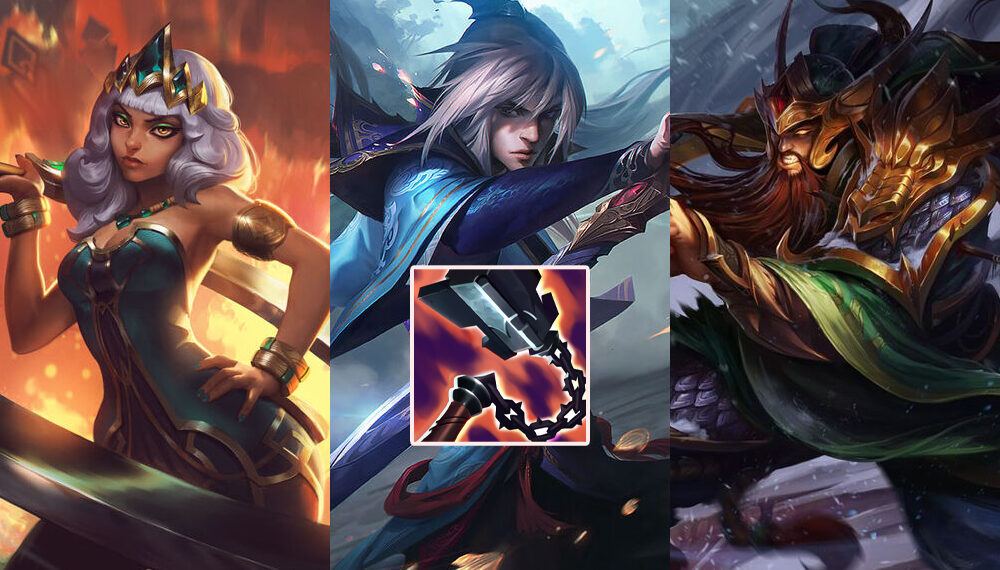 On the opening day of Worlds 2021, a number of fascinating, extremely meta choices were made.

Fans was not surprised by the results of the first day of competition at Worlds 2021, since the majority of the higher-rated teams triumphed. Perhaps the fall of Beyond Gaming of the PCS area against Galatasaray Esports of the TCL was the biggest surprise of the final match day.

In terms of the teams’ selections for Worlds 2021, we’ve seen a lot of fascinating picks. Mid lane Tryndamere, Jungle Talon, Qiyana, and Top lane Graves have all competed in the largest League of Legends event of 2021.

Since the meta at Worlds 2021 is considerably different from the summer tournaments, when Riot introduced a series of changes in patches 11.18 and 11.19, making players having a whole roster of meta champions.

In addition, as players became more aware of the Goredrinker dominance, many champions like bruisers, duelists who “abused” the item began to appear more in Top, Mid, and Jungle. As a result, after only the first day of competition at Worlds 2021, these roles had 12, 11 and 9 distinct choices, respectively.

The most apparent benefit of having a wide pool of champions to pick from is that it immediately increases the interest of the tournament. According to Esports Charts, the greatest number of views on the first day of Worlds 2021 was 1.3 million, surpassing the previous year’s competition. With such a strong start, it’s likely that Worlds may shatter even more records for champion selections (and views) during the event.