Guide to master Wukong in League of Legends: Wild Rift 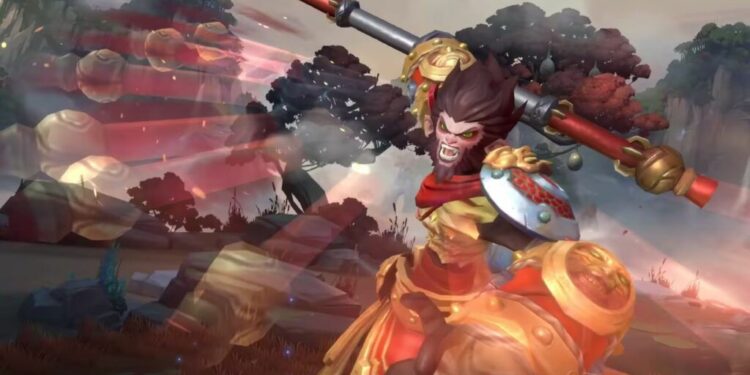 Wukong is the latest champion to join League of Legends: Wild Rift!

Last morning, December 25, Wukong was officially present in the store of Wild Rift. Players can already own this champion for 5500 Blue Essence in the store or go through a series of 7-day quests to get Wukong completely free of charge. Still retaining the same power and skill set as League of Legends, it is clear that the Monkey King will become a popular champion in the Baron lane in the near future. Therefore, players need to learn carefully how to build and master this champion!

Electrocute gives the Monkey King the ability to put quickly deal damage on an enemy champion, especially an enemy lineup with many low-health champions. Meanwhile, Conqueror is suitable for long-term battle in combat. Secondary runes could be Brutal, Spirit Walker, especially Hunter – Genius, the one decreasing ultimate cooldown time, which is very important with Wukong.

Although he can still be good as an Assassin, the direction of building him as a Gladiator helps him to go better and create a great influence in the fight. So Black Cleaver is the most suitable item for “Monkey King” in the early game. Death’s Dance and Sterak’s Gage helped Wukong survive longer in combat and also deal a bunch of damage!

Guardian Angel is considered to be the most suitable end item while Randuin’s Omen, Adaptive Helm, or Maw of Malmortius are situational pieces of equipment. With good accessibility, Wukong doesn’t need Glorious Enchant. Instead, the Statis enchant will be a more effective activation item. Ninja Tabi or Mercury’s Treads will be selected depending on the matchup.

Wukong is not a very strong laning champion, so in the beginning you don’t have to be too aggressive. Try to defend your lane and call on the Jungler when you have your ultimate, that’s definately an effective ganks with no escaping!

Always pay attention to team fights. He will exploit his strong point at this time. The ultimate Cyclone with 2 spinnings and a large amount of damage creates a good premise for teammates in multi-player fights. With good accessibility and virtual skills, he can also reach enemy carry well, shock the damage, and limit their strength. Because of these things, Wukong is often picked in professional arenas like the World Championship. In fact, he always shows up his strength in the key battles of the game!