YONE: If you E + and back while having baron effect you can back, buy something and return to lane (10.15) 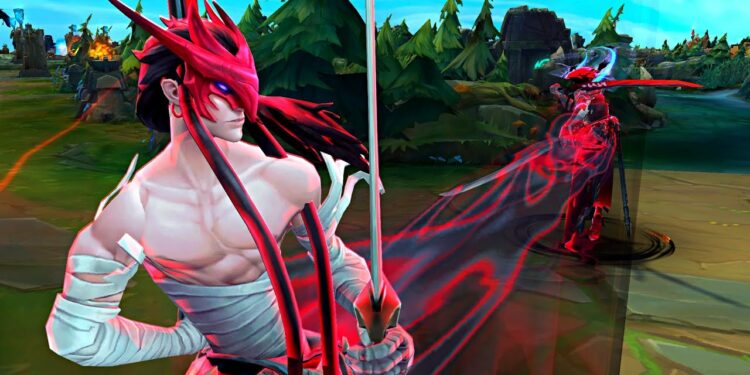 Yone can literally tear his soul from his body, leaving his mortal form behind to traverse the spirit realm for a brief period of time. In game, this manifests as his E, “Soul Unbound,” where he unleashes an onslaught on his enemies, marking them with stored damage that, upon returning to his body, expires and deals true damage. But unlike Zed or LeBlanc, Yone gets no choice in whether he returns to his body—he must go back when the timer ends.

“When EndlessPillows discovered this mechanic, it inspired a lot of Yone’s narrative beats,” says Riot Pls. “At the time I thought that Yone existed purely in the physical realm, but the idea of him being able to project his spirit out really informed how he hunts and fights azakana.”

“Holy shucks. This is like a slightly worse ekko ult. That being said, it only works with baron, so this isnt nearly as abusable.”

“Ekko ult has a cost – you don’t have ult for some time depending on your cdr and ult lvl, here you can use it all the time with upgraded recall, this is much better than Ekko and will likely be removed because of how abusable this is. Basically he doesn’t have to back, ever, when having nashor or herald.”

“That’s gonna be a top lane breaker, imagine getting your ass handed to you, the guy does Herald and doesn’t even really recall, he’s back right away”

“Ekko has a new challenger”

“So, we finally are getting doto mechanics. ember spirit Pog”

“What yall think of Yone in jg?“

“He probably will suffer somewhat like yasuo does in that ganking would be reliant on having to stack your Q. Maybe he could do a gank with his E, but he would have no cc besides burning ult, so pre 6 it would suck.”