Yuumi becomes the most impactful Support at World Championship 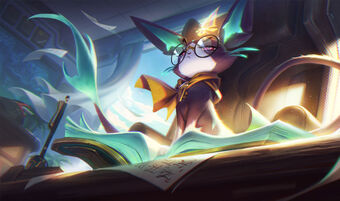 Through the tournament’s group stage, 87 individual champions have been either picked or banned. However, no champion has been more surprising at Worlds than Yuumi, who has dominated the group stage with a pick/ban rate of 94%.

Up till now, The Magical Cat’s presence has reached 94% throughout the group stage, standing at the second spot with Twisted Fate and only below Lee Sin with 98% picks/ bans rate.

Yuumi was also engaged in the second-most drafts of all champions during the group stage, with 12 picks. Yuumi was only selected 12 times over the whole Summer Split, and that was across all major areas.

The most surprising aspect of her unexpected fame, however, is that she went almost unnoticed during the tournament’s play-in stage.

It all began on the first day of the Group stage when T1 Keria picked Yuumi against Detonation Focus Me. Keria has long been famous for his “strange” metas, and this time he went Full AP with Luden’s Tempest and dealt even more damage than the entire enemy team.

From then on, at Worlds, every team recognized how valuable Yuumi is as a choice. Her pick/ban rate grew dramatically between play-ins and groups stage. Her draft presence increased from 11% during play-ins to 94% during groups—an increase of more than 80%.

As the Worlds 2021 enters the quarterfinals with the opening game between T1 and HLE, will Keria be able to pick The Magical Cat once again and destroy the opponent again?