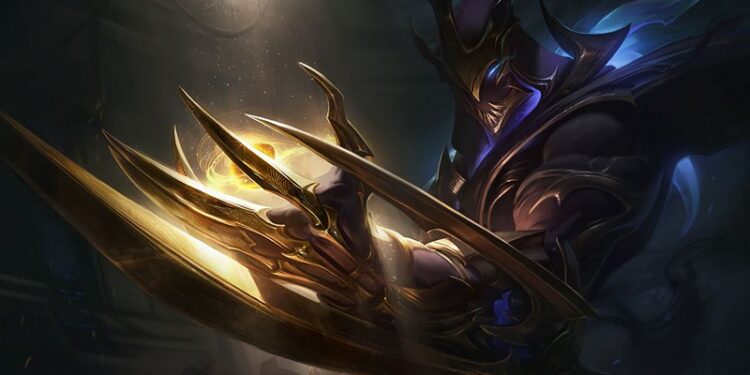 This feels more like the Master of Shadows concept for Zed.

Even being one of the “oldies” champions in League of Legends, Zed has been one of the most favorite champions of the game since his release in 2013. The Ionian assassin simply has a really cool kit to play with, fun playstyle and tons of single-target damage in just an instance.

According to Riot August – Lead champion designer of League of Legends – Zed once has a semi-global ultimate which allows him to teleport to an enemy’s shadow and then execute them. The ability also used the icon that is currently his passive.

Because this ultimate interacts with a champion’s shadow, many gamers joke that you can easily counter it by… turning off shadows in the Graphic Settings. Other fans, including FNATIC’s Coach agreed that this Ultimate is very similar to Spectre – A champion from DOTA2.

As an Assassin, the fact that he possesses a semi-global teleport can be really game-breaking since it will allow Zed to make unbelievable ganks and roams and thus cover part of his weakness. With the given facts, his current Ultimate – Death Mark proved to be a better choice overall since it makes his kit fun to play, unique while also give him some outplay potential in certain situations.

This is not the first time Riot August surprised us with champions’ original concepts. Ekko, Jinx, Yone are all champions with an excellent design that will be game-breaking if the concept passes through the experiment stage.