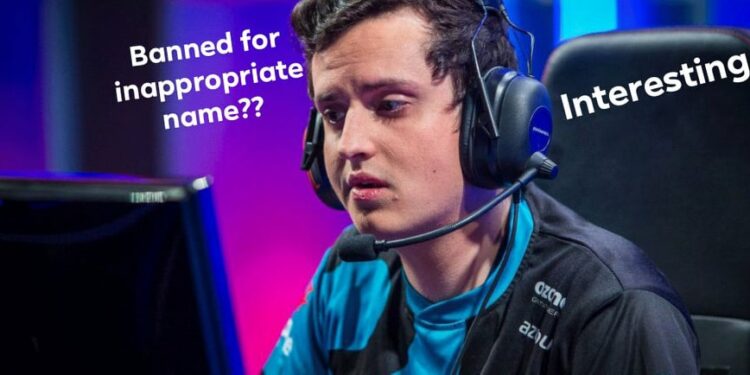 1. Banned for spoiling a movie in chat

Every movie fans would renember what event happened on April 2019. Yes, the Avenger Endgame phonomenon, around April 2019, people were spoiling that movies on social media and quickly it became a trend. People did that in various of ways, type in ingame chat or using character name for spoiling the others.

Endgame was the closing chapter to a very extensive and popular movie series.

So as you imagine, many people didn’t want to be spoiled on how the movie ends. But on the flipside, many enjoy the funs of spoiling it to the others.

When you mind your business, playing some League and someone type in the all chat something like: “Iron man dies at the end of Endgame”

There was actually a guy on reddit exactly did that, after being reported by players in the game. His report was manually dealt with by a riot employee.

“I know that you are excited to discuss the latest Avengers movie with others but spoiling it for players that might have not seen it yet isn’t cool. At this time your account has been issued a 3 day suspension due to this disruptive behavior” said Riot

Some say “Riot being consistent” because 3 years ago, an official RIot account said you couldn’t get banned for spoiling a show.

To be fair they said “Show” not “Movies”

Riot was surely inconsistent in defending the movie from spoilers. There was an player in Brazil whose account name “TONY KILLS THANOS”. After being reported multiple times, Riot forces him to change his account name

So you CAN be punished for Avengers: Endgame spoilers. from leagueoflegends

2. Being punished for your own “Name”

at the end of every match, you have multiple of option to report a player, and the final option is “offensive or inappropriate name”

Around April 2020, i saw the most weird reddit post ever: “Riot is forcing me to change my name due to Corona virus”

His reddit post is pretty long and one of my fellow colleague already had a post about this topic. So i will have a quick run down into it

This guy has been playing League of Legends for over 6 years under the name Squid Corona. His reasoning for choosing this name is simply squid is his favorite animal and Corona is actual his real life surname.

I don’t know what was happened to Riot’s mind, they decided that using the name Corona is against the rules. When you choose your user name with the word Corona, it will automatic deny your option.

When i first read this, i was speechless. Corona is a real standalone word. In spanish, it literally means Crown, there’s even a Mexican beer brand called Corona

This guy has tried many things to sort this out, but Riot just didn’t listening to him

But regardless, this guy has finally get his account back due to the pressure of the community