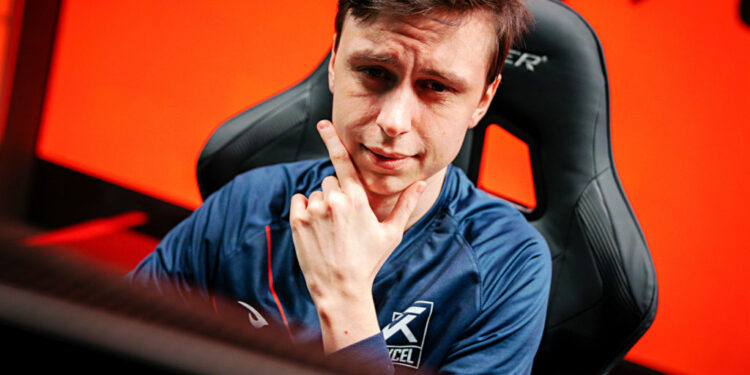 Popular British caster Marc Robert ‘Caedrel‘ Lamont chimes in on Worlds 2022 contention, posting his own rankings of teams and players this season.

The gap in individual skills between Asian players and the rest of the world has long been acknowledged within the community. The Chinese LPL and Korean LCK teams have dominated the League professional scene since the beginning off the back of superior mechanical skills.

It doesn’t help that LCK and LPL can scrim each other to further widen the gap, and the competitive ladders in KR and CN servers serve as the perfect training grounds for veteran and aspiring pros.

This time however, many NA LoL fans argue that EG midlaner jojopyun and jungler Inspired, or Cloud9 ADC Berserker deserve a spot on the list, while some even question G2 midlaner Caps‘s inclusion in the list on his current form. Legendary T1 midlaner Faker was also notably missing from the list

Of course, team and player rankings are for fun most of the time, and only reflects a fan’s opinion and fanfare, in this case Caedrel’s.

JD Gaming, Top Esports and GenG Gaming are the heavyweights this year

Caedrel’s S+ tier probably comes as no surprise to most fans following League pro scene. LPL’s #1 and #2 seeds are looking unstoppable in Chinese region, and the only hope to challenge those 2 juggernauts are Korea’s GenG, who are on phenomenal form at the moment, sweeping T1 3-0 in the LCK Summer playoffs finals.

However here as well there are many dissenting opinions. Lots of people disagree with GenG being placed behind JDG and TES, whom many including former Worlds champion Doinb and runner-up Showmaker put as the clear forerunners this year.

Another point of contention is G2 being put above Cloud9. Cloud9 has historically been one of the best performing Western teams at Worlds, where others struggle to even make it out of groups. Some point out that G2 and Caps’ placements on the lists are G2 biases from Caedrel. However, this is his tier list so criticizing him for being biased seems moot, and G2 did even make it to the Finals in 2019, notwithstanding losing it to FunPlus Phoenix 0-3

But controversially, Caedrel even puts G2 above Rogue, whom RGE sweeped 3-0 in the LEC Summer Finals. Granted, G2 did sweep Rogue 3-0 in the upper bracket Finals previously, and the gap between the 2 teams might not be wide. But it’s understandably disputed to put G2 a whole tier above RGE. Perhaps Caedrel expects G2 to perform better at Worlds, but in light of recent G2 controversy, it’s no wonder the community does not have his back.

As for eventual winners, Caedrel puts LPL 4th seed and A-tier RNG Gaming as his favorites. RNG are this year’s current Mid-Season champions but has infamously bombed out of summer seasons and Worlds multiple times in the past. Another Chinese tradition is that every year, 1 LPL team will implode and it can very well be this RNG squad.

Some of the British caster and ex-pro hot takes also include Cloud9 making out of groups (against A-tier T1 and EDG) and DWG making 4th place.

What do you think about Caedrel’s choices? Feel free to share your own tier lists in the comments!