What to expect in League of Legends Patch 12.13? 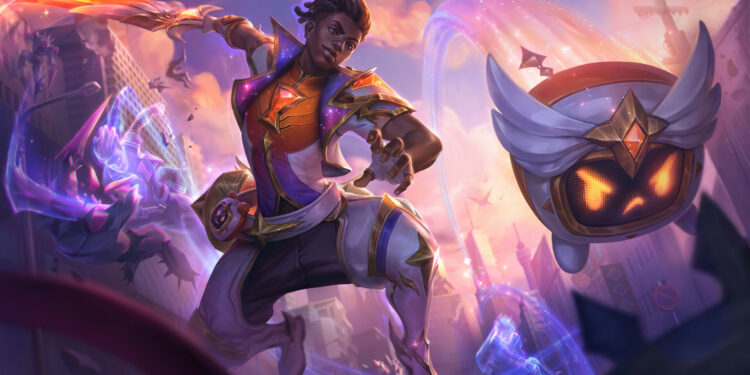 Keeping the League of Legends summer going, Patch 12.13 isn’t holding back, and it’s shaping up to be a good follow-up to a very minor 12.12b patch

League of Legends Patch 12.13 is expected to deliver further balancing improvements and new content to Season 12, as well as some fantastic new skins.

While we’re still a few days away, players have a lot to look forward to in League 12.13. Players may expect thrilling new content with the next release. This contains the new champion Nilah, the Sivir mid-scope update, new Star Guardian skins and events, and usual additional adjustments to the game.

Nilah, the game’s newest champion, is the star of this supposedly big patch.

Nilah will be the game’s first melee skirmisher ADC, boosting herself and her teammates whenever buffs like shields and heals are performed near her. She is a one-of-a-kind champion, as her idea will provide bot lane players a new perspective on the position. The champion is intended to bring unique gameplay never seen before in the bot lane.

Sivir’s mini-rework is finally coming to the live servers. The Battle Mistress, formerly hailed as one of League’s best ADC champions and the queen of waveclear when it comes to long-range poke, a playstyle that serves its own particular purpose.

However, she immediately began to slip off the meta. Riot responded by giving the champion her own mid-scope update. “The intention is to have a solid curve where her early game is weak but not tragic but her mid and late are very potent.” Riot says.

Sivir’s skills will not have huge changes like the previous mid-scope updates this season; instead, they will be tuned up.

As mentioned above, Patch 12.13 will serve as a follow-up for Patch 12.12b in terms of balancing changes so there’s not much to talk about.

In addition to the numerous modifications to the game, League’s upcoming patch will include six new skins. These skins will be added to the ever-popular Star Guardian skin line, which debuted in 2015.

Riot has just released the skins for five champions in League of Legends Patch 12.13. These are the skins that will be available as the first set of champions for the Star Guardian event on July 13, 2022.

Players will be able to experience the new champion, Nilah, Sivir’s mid-scope update, new Star Guardian skins, and a slew of other changes once the patch goes live.