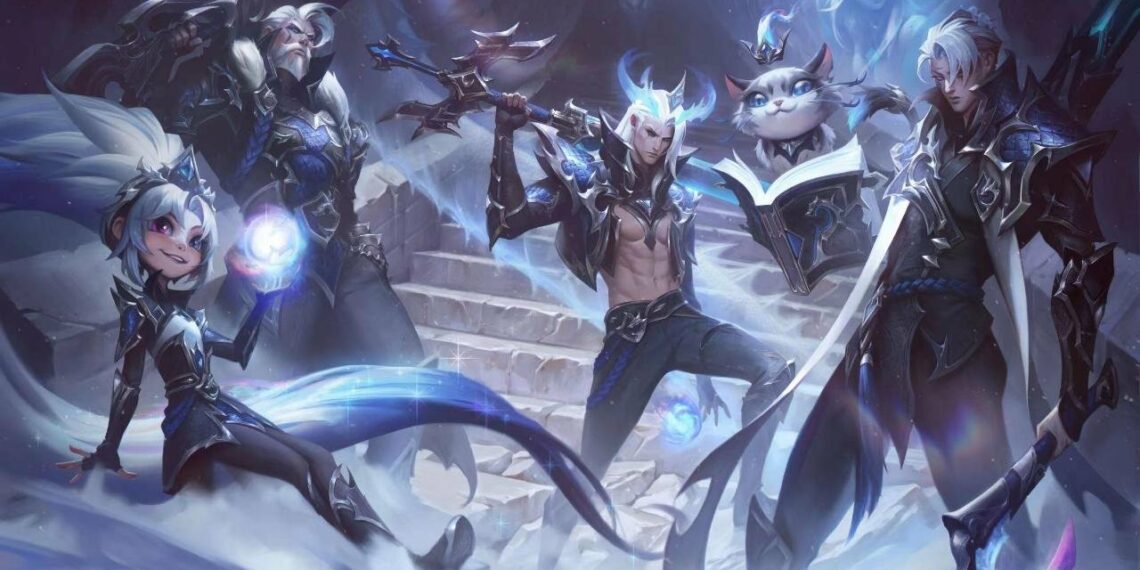 EDG has won Worlds 2021 for nearly six months. The EDG Worlds skins are almost here, and some splash art has already leaked among the communities earlier today.

During the most recent League of Legends World Championship, EDG’s run was extremely thrilling, with every series ending in a silver scrape. Even in the finals, EDG defeated DK in a 3-2 series. Even without a live audience, these sorts of games made Worlds 2021 so entertaining to watch.

This season, Big Bad Bear (@BigBadBear_) is leaking every upcoming stuffs from Riot Games. Some of his leaks this season include the new void jungler Bel’Veth, Eclipse skins, and the forthcoming Star Guardian skins, among others. When it comes to leaks, he is really trustworthy. Earlier,  Big Bad Bear just shared a leaked splash art for the EDG Worlds skins.

Graves, Viego, Zoe, Aphelios, and Yummi have officially been confirmed as the champions that will receive the Champion skins. BigBadBear also posted another full splash art of all the champions.

Last year’s Damwon skins were incredible. However, it appears like this year’s skins will be the finest worlds skins yet as t he splash art has an incredible degree of detail and already hyped up the community.

Skins for DWG worlds were released on April 29, 2021, right before MSI 2021. This year should be no different. Skins for EDG Worlds are expected to be published before or during this year MSI.